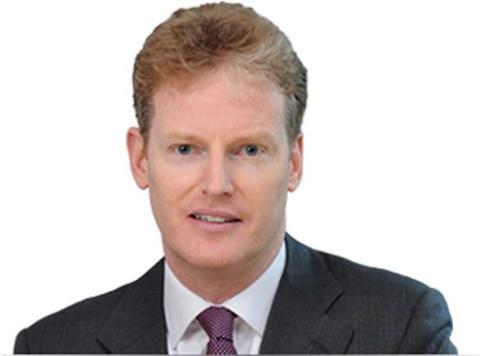 Kevin O’Byrne’s exit from Poundland has been ‘amicable’

O’Byrne will start his new position in the new year after serving just six months at the helm of Poundland.

He will replace former chief financial officer John Rogers, who left the position to become CEO of the newly formed Sainsbury’s Argos in September. Director of group finance Ed Barker took over as interim successor, and will continue to lead the division until O’Byrne starts on 9 January.

“Sainsbury’s is a strong business with a clear strategy and I am really excited about joining at this important point in Sainsbury’s journey,” said O’Byrne. “I look forward to working with Mike and the team from the new year.”

O’Byrne has a strong background in finance, having started his career as regional chief financial officer at The Quaker Oats Company. He went on to head finance at Dixons and Kingfisher before being promoted to director of Kingfisher in 2008.

After eight years in the post, O’Byrne left the company to head Poundland in July this year. In September the South African retail giant Steinhoff International acquired the 75% of Poundland it didn’t already own for £466m.

A Poundland spokesman said O’Byrne’s departure had been “all very amicable” despite his short time in the role. Former Asda CEO Andy Bond, a senior figure in parent company Steinhoff and chief executive of Pepkor Europe, will step in as executive chairman to lead the “day-to-day operation of the company”.

The key focus of Bond’s new role will be the integration of Pepkor’s other UK businesses - clothing retailer Pep&Co and discounter GHM - into the Poundland operation.

Another senior Steinhoff figure, Sean Cardinaal, has also joined the Poundland board as part of his new role as Pepkor Europe COO. He will start in January and will be based in the UK. He will lead the development of international sourcing as well as expansion of business into other countries, taking immediate responsibility for the Dealz business in Spain.

“I also intend to take this opportunity to drive the integration of our other UK businesses into Poundland, making Poundland the clear HQ for our UK operations,” said Bond. “Sean will take the role of ensuring we fully maximise any benefits we can gain from Pep&Co and GHM into our business, as well as ensuring our HR, IT and supply chain functions are shared to leverage benefits,” said Bond.

“These changes will put Poundland at the centre of all Pepkor operations in both the UK and Europe. Together with the recently announced additions to the Poundland board of Roy Ellis, Barry Williams and Tim Goalen, we are now in a much stronger position to develop and grow Poundland as part of a very strong Steinhoff business.”