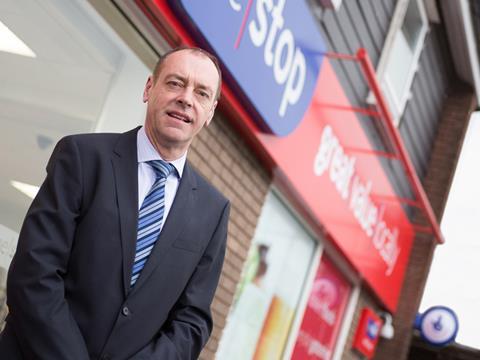 Tony Reed, the boss of Tesco’s 2,750-strong convenience store operation, is leaving the company, The Grocer can reveal.

Former One Stop CEO Reed has been in charge of Tesco’s entire convenience arm for just over a year, following a major company shake-up instigated by CEO Dave Lewis in February 2015.

His promotion to retail director, convenience, resulted in the addition of all Tesco Express and Metro stores to his portfolio.

Described as a Tesco lifer, having started out stacking shelves at the company’s Brixton store in 1978 on his 15th birthday, Reed worked his way up to roles including store director, commercial category director for bakery and MD of superstores north.

He became One Stop CEO in March 2011 when, in his words, he was “thrown in at the deep end” just after the Office of Fair Trading gave the green light to its acquisition of indie chain Mills Group.

In 2013, Reed oversaw the development of a franchise model for independent retailers and the acquisition of 33 stores from Spar retailer Alfred Jones to break through the 700-store barrier.

In its latest available accounts, One Stop sales were up 17.2% to £925m for the year to February 2015 while pre-tax profits more than halved to £10m as a result of major investment in the franchise launch.

“Tony has made a huge and varied contribution to our business throughout his 38-year career at Tesco and we wish him every success for the future,” said a Tesco spokesman, who added that a successor would be announced in due course.