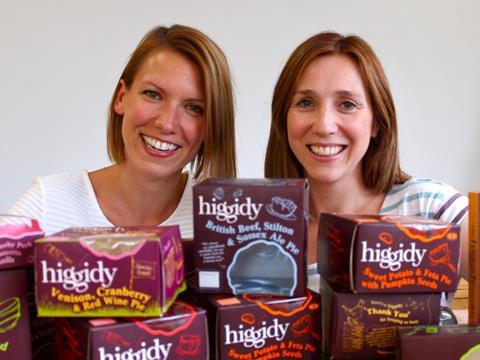 Luckin joins the pie and quiche maker from Natures Way Foods where she was NPD and innovations manager. At Higgidy, which has “ambitious” plans for innovation over the next three years, she will play a leading role in recipe development and innovation. “From the very start the success of Higgidy has been always been built on our passion for creating new products,” said founder Camilla Stephens. “We’ve got even more ambitious plans over the next three years and Alysha has joined to help us make sure that innovation remains at the core of how we operate.”