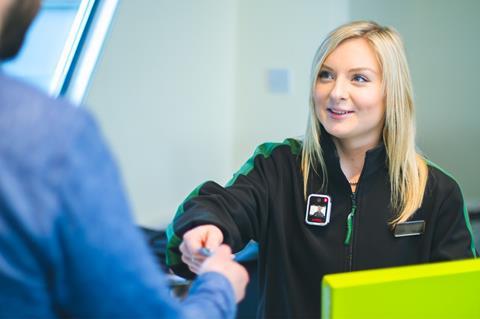 Reveal, the company supplying the cameras, has reported an 80% increase in new retail customers since the beginning of the pandemic

Boots has equipped store staff with body-worn cameras as retailers tackle a dramatic surge in violence and abuse of shopworkers in the pandemic.

The high street chemist has introduced the body-cams in stores across Birmingham.

Boots UK senior VP and MD Sebastian James was among 65 retail leaders who last week urged Boris Johnson to create a new offence in England of assaulting or abusing a shopworker. The pandemic had caused “a dramatic spike in incidents and we now need action from the government”, they said in a letter to the prime minister.

Boots has revealed limited information about the body-camera trial but it’s understood no end date has been set and a wider rollout could follow.

Reveal, the company supplying the cameras, has reported an 80% increase in new retail customers since the beginning of the pandemic, with Matalan and JD Sports also among those using them.

The cameras have a “calming effect on people being recorded”, according to the London-based firm’s website.

“For many, the pandemic has opened their eyes to some of the daily challenges faced by retail workers, from managing customer behaviour to enforcing new rules,” said Reveal CEO Alasdair Field. “Unfortunately, recent figures show incidents of violence and abuse toward staff are at the second-highest ever recorded.

“If retail is to maximise its role in the post-Covid economic recovery, measures to protect staff and customers and to reduce losses are going to be crucial. What we’ve learnt from many years working with the police, government and health sectors is that body-worn cameras provide support, reassurance, and confidence to both staff and the public.”

He said the business expected body-cameras to become more prevalent this year.

Scottish parliament last month voted in favour of a bill to create a new statutory offence of assaulting, threatening or abusing a retail worker.

Last week’s letter from retail leaders to Johnson urged him to follow Scotland’s example to tackle the “increasing problem of violence and abuse being experienced by hundreds of thousands of our colleagues”.

The letter said the industry had invested £1.2bn in crime prevention measures in the past year, including supplying body-worn cameras and employing more security guards.

Grocers to have deployed body cameras in the pandemic include the Co-op, which began supplying frontline staff in hundreds of stores with them last year.