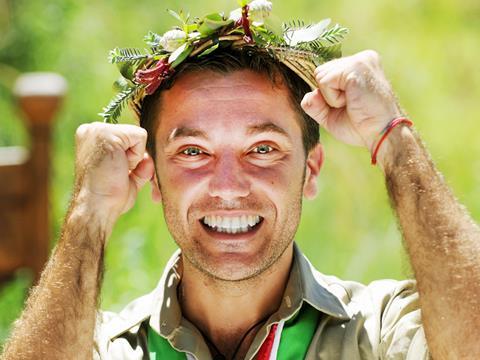 Gino D’Acampo loves The Godfather. He watches it “religiously” every six months. And he’s picked up a few of Don Corleone’s infamous negotiating skills along the way.

Although he’s famous for being a celebrity chef, and comfortably has the most colourful and diverse cv of any of the current crop, he also co-runs Bonta Italia, the “number one” supplier of Italian food in the UK. And although he’s not about to leave a bloody horse’s head in a supermarket buyer’s bed, he’s no pushover.

“Supermarkets bully suppliers because suppliers drop their trousers and do whatever it takes to get into that supermarket,” he says. “Why do business in this manner? Tesco didn’t put a gun to your head and threaten to shoot you, they put a deal on the table that you accepted. Wake up! There is no point selling £20m of olive oil into Tesco if it leaves your company weaker. So don’t do it!”

Tough talk, but D’Acampo insists he is perfectly prepared to walk the walk, too. Literally.

“I have been in meetings with buyers where I have got up, put on my jacket, and left without telling them I was going. Then I get a phone call an hour later, saying: ‘Where did you go?’ I say: ‘I couldn’t be bothered to listen to you any more.’ ‘But we were waiting for you,’ they reply. So I say: ‘I don’t care, what you offered me is nonsense so I’m not even going to reply. I’m just going to go.’ If only everyone had the balls to say: ‘I’m not interested in this shit, are you trying to put me on my knees? What kind of a person are you?’”

D’Acampo dreams of the day he can talk to “all suppliers and say: ‘What are you doing to yourself? And what are you doing to your products? Stop taking your trousers down, because all that happens is the supermarkets make more money. And they won’t be thinking about you if it goes pear shaped. Do not allow anyone to put you in a situation where you risk your own business. And believe in your products.’”

D’Acampo really believes in his. He believes it’s the major strength of Bonta Italia, which has been operating since 2003. He owns the business 50/50 with partner Marco Silvagni, who handles logistics. D’Acampo handles the product.

“When I came to the UK 25 years ago it was done badly - the theory was ‘British people don’t know anything about food so you can sell them any old rubbish’. We knew British people were increasingly well travelled, that they knew the difference between good and crap pasta. I was working as a development chef and knew I could run a supplier better, because I had knowledge, and real passion for Italian food.

“Now we supply all the supermarkets, manufacturers, wholesalers, restaurants, and delis. We import tomatoes from 400g tins to 200 kilo drums. I have a warehouse with 3,000 pallets. There are 15 of us, we are all Italian and we all know what we are doing. If you don’t have passion and don’t understand food you won’t work here.”

“We could be growing faster. We could double sales if we flogged anything, but our policy is not to chase turnover. It’s to create something good and make the right margin for us to exist in 30 years. Why make 30% margin when you can make 20% and be proud of your products? We will be here for years because there will always be someone who appreciates our values.”

“They realise the difference between good value and cheap shit. A lot of the supermarkets are still confused. Malcolm Walker [the Iceland founder and CEO] is my business partner in my restaurants and pasta bars. He gets it. Go to Iceland now and it’s all about quality. The preconception is all wrong. We are launching 12 lines with Iceland in November and they only wanted the best olive oil, the best rice. They squeeze a little but they know the limit, because Malcolm understands that if his suppliers don’t make money they won’t be able to support him, do promotions, or invest in their business to give him better service.”

So how about that squeeze on suppliers by supermarkets? Does Bonta Italia feel the pressure?

“We don’t, and we deal with everyone,” he says. “Tesco has lost its touch with customers a bit. Morrisons, I don’t know what is going on with them, one minute they are doing well, the next minute they aren’t. Sainsbury’s does their own thing. I am a fan of Asda. Asda is closest to the customer. Also, they bully suppliers less than the others. But I am lucky. I can talk to all of them however I like, because I really don’t give a shit.”

Asda is also “usually” more approachable than the rest when it comes to trying something new, he says. It’s why D’Acampo decided to launch a new range of chilled pizza bases, teaming up with Highgrove Foods under the ‘Gino D’Acampo Bake With Me’ brand.

“I was very keen to start at Asda because I know they will back us up. They got it straight away. Some buyers said: ‘Why would customers put the toppings on when we already sell pizza?’ But the un-topped base market is one of the fastest-growing sectors in the market. Asda had been looking at the base market, but they didn’t have anything.”

It’s fair to say D’Acampo knows his pizza. He’s from Naples, pizza’s spiritual home. And aged 14, his first after-school job in a restaurant kitchen was to clean the bottom of the blisteringly hot wood-fired pizza oven every few minutes with a mop (Naples tradition dictates the oven must be 485 degrees).

“The job from hell,” he says. “But it’s why pizza is very close to my heart. At first I wasn’t allowed to touch the pizzas. But, slowly, they saw I was interested and they let me move them, then take them out of the oven, then make the base, then add the toppings. It was why I entered catering college. All this started with a pizza.”

As you might expect, D’Acampo isn’t quite as passionate about the current state of the pizza market.

“Very little is good, the majority is crap. Everyone fights to put the most obscene things on top. They put cheese and flipping frankfurters into the base, that is everything a pizza is not. Pizza is thin and crispy, with very few toppings. Tomato, mozzarella, basil, done. I have seen some weird shit on pizza. You’re bastardising an Italian tradition. It’s emotional! You can’t put a f**king kebab on a pizza. It’s not fair.”

D’Acampo also insists he didn’t want to release something that people just had to sling in the oven.

“Why would I want to do that? Let the customer be creative. Help them to a certain point, then let them make their own decisions. And with pizza there is excitement, the colour develops, the mozzarella melts, the tomato sauce bubbles. We have taken away the aggravation and the hassle of making fresh dough. We show the children how to make pizza instead of watching Peppa Pig. They handle dough, they touch mozzarella. As a parent, what more do you want?”

Given his love of fresh food, it’s ironic that 60% of Bonta Italia’s business is ready meal development, but D’Acampo says he “isn’t against” the concept of ready meals, just the way people “schedule” them into a weekly meal plan, rather than whack one in the oven in a hunger-fuelled late night emergency.

And he insists quality remains paramount. “It’s very difficult from a chef’s point of view. When we create a risotto we use the best arborio rice, the best stock, the best mushrooms and the best parmesan. Everyone loves it. Then the accountants get involved. They want to pay us an amount; the way we did it cost more. We want to make 35% margin, so say now this has to cost £1, including packaging, which costs 20p. I’ve got 80p left. So now I need my knowledge of Italian food. I can’t have arborio rice, but I know another variety that could work. Sometimes it can’t happen, it just can’t be done. I will not import a substandard ingredient.”

Talk of reformulation challenges brings us on to the various battles being fought over salt and sugar, but D’Acampo steers clear.

“Let the politicians do politics,” he shrugs. “My view is simple. Parents blame anyone else for the mistakes they make, government, schools or supermarkets. There is ignorance in the government over food but there is a bigger ignorance in parenting. It’s our responsibility to make sure our children understand food, not the government’s.

“It’s just easier to blame Cameron. And it’s very easy to criticise Jamie Oliver. Everybody does. I thank God every day for Jamie Oliver, because without him food wouldn’t be fashionable. I probably wouldn’t have a job on TV. When I trained as a chef, no-one wanted to know what I did at parties.

“Now we are like rock stars because we can cook - that’s how crazy it’s got. I’m doing a theatre tour! When they came to me I said: ‘Are you for real? Who is going to buy the tickets?’ But we decided to go ahead and do a trial and now it’s almost all sold out. We had to add more dates. Go on Ticketmaster, you see Jimmy Carr, Michael McIntyre and then there is Gino D’Acampo. It’s surreal.”

Worst advice: Take any business that comes along

Which is the best Godfather movie? Brando was immense in One. But Two is probably better. It gives you a better understanding of the mafia, and De Niro plays Don Corleone perfectly

Do you like Goodfellas? I watched it three weeks ago. Unbelievably good

What do you do to relax? I spend five months of the year in Sardinia. I have a boat, I fish, I have a vineyard and the weather is better

Last good book? I’ve never read a book in my life. I read The Grocer, though. I’m a big fan. It’s a beautiful magazine

Favourite pasta dish: Spaghetti with clams, with a little grated bottarga on top