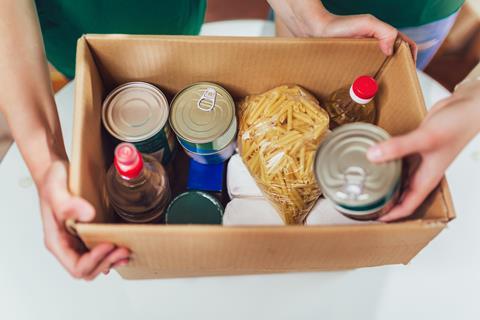 The government has been urged to appoint a minister for hunger after the coronavirus crisis left millions of vulnerable people struggling to get food.

FDF CEO Ian Wright told the environment, food and rural affairs (Efra) committee inquiry into food supply issues there was a lack of ownership of responsibility in government.

“I do think that one of the things this crisis has done is to show the absence of responsibility for hunger. No single department has responsibility, not the committees and local government, not work and pensions, not Defra,” said Wright.

Wright also revealed the Treasury had turned down calls from the industry to speed up the volume of aid to vulnerable people by giving companies VAT incentives to donate food.

“I think it’s regrettable that the Treasury has declined a suggestion from the industry and the FDF to make these donations VAT-free,” he said.

Federation of Wholesale Distributors CEO James Bielby said the plan would have “made things easier” for companies seeking to help those who are going hungry.

Meanwhile, the chair of the committee, Neil Parish MP, has written to Defra Secretary George Eustice warning of a huge rise in the number of people facing hunger problems caused by the crisis.

He said there had been a 122% increase in demand for help to access food from families with children compared to the same period in 2019.

“For many, accessing fresh and healthy food has become a cause for great anxiety, second only to the virus itself,” said Parish.

“Our inquiry continues, but it is vital to raise these very pressing issues now, whilst something can still be done to alleviate the difficulties of what is for many people, a grim reality.”