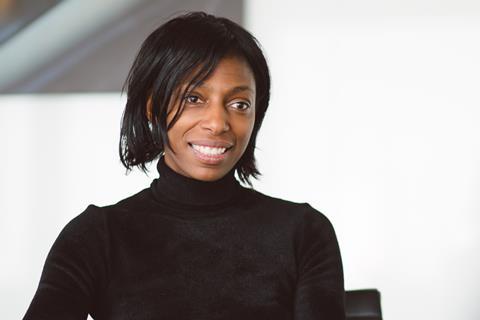 Sharon White, the new chairman at John Lewis, has received a Damehood

New John Lewis chairman Sharon White has been made a Dame in the Queen’s New Year’s Honours List, as a raft of leading industry figures were also awarded gongs.

White, who joins John Lewis this month, has been recognised for her public service in her previous role as CEO at Ofcom. She spent four years at the telecoms regulator.

“This is really a recognition of the hard work and dedication of my colleagues at Ofcom,” she said.

There were MBEs for Sean Ramsden and Cassandra Stavrou, who founded Ramsden International and Propercorn respectively. Both were cited for services to international trade.

“I always had big ambitions for Proper,” said Stavrou. “But receiving an honour of this magnitude was never part of the business plan.

“When I started 10 years ago, successful female entrepreneurs were awarded very little visibility. If nothing else, I hope acknowledging Proper’s success in this way inspires a new generation of female founders to get behind their big idea. It’s an incredible honour and one I share with my brilliant co-founder and team.”

The Black Farmer founder Wilfred Emmanuel-Jones was also awarded an MBE, for his services to British farming.

Elsewhere in agriculture, Barfoots of Botley founder and chairman Peter Barfoot received a CBE for services to sustainable farming.

Syl Saller, chief marketing and innovation officer at leading drinks business Diageo, was awarded a CBE after being recognised for her services to business and equality in the workplace.

Diageo CEO Ivan Menezes said it was a proud day for the company and a well-deserved recognition for his colleague.

CBEs were also awarded to Ian Curle, former CEO at Edrington, for his services to the whisky industry, and CMA CEO Andrea Coscelli, for services to competitive markets.

Costcutter founder Colin Graves was also made a CBE for his services to cricket.

“It is a great honour to be recognised in this way,” he said. “There is much more to do but we are making progress in the Disability Confident Business Leaders Group and helping disabled people to realise their true potential in the workplace. I’m proud of what we’ve achieved at Sainsbury’s as a Disability Confident leader and would like to thank all our colleagues for their support.”