Ones to watch: MPs who'll decide food and drink future 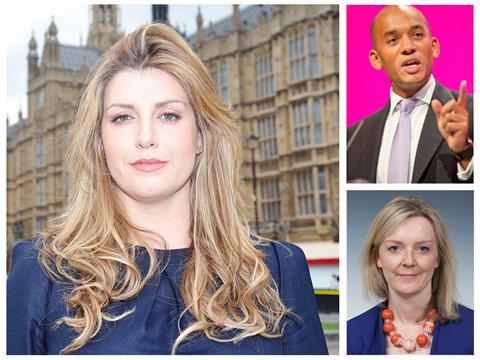 It’s 87 days and counting until the general election, and all the major bookies make it odds-on for a hung parliament. With the Conservatives and Labour neck and neck and another coalition a distinct possibility – with various combinations touted – only the brave would forecast who will be in the driving seat come 8 May. But for the food and drink industry, these figures are likely to play a prominent part in shaping – or criticising – policy and influencing public opinion.

Likely to stay Chancellor if the Tories win, and faces a key role in debate over Europe. Osborne figured in several coalition u-turns, with the pasty tax debacle highlighting the perils of Nanny State politics. Since the pasty tax debacle, Osborne has helped quash minimum unit pricing, slashed tax on beer and scrapped the duty escalator. But Osborne has repeatedly frustrated calls to scrap business rates, despite promises of a review in 2016.

Cable has been a thorn in the flesh or a welcome breath of fresh air in industry circles, depending on where you sit. Slashing bureaucracy in the Red Tape Challenge, Cable called for tighter rules over supplier negotiations, intervened in the Tesco financial scandal and accused ministers of sitting on calls for new powers for the Adjudicator Christine Tacon.

“Yes” campaigners will be out for his head in the Highlands, but has been Bumped up over Cable as the Lib Dem economic guru (does he know where the “Tory bodies are buried”?) . With wine and spirit tax high on the agenda in the Budget in the run-up to the election, the industry’s Drop the Duty campaign is lobbying hard. Alexander’s constituency has six whisky distilleries, including one of Diageo’s, in its midst.

Balls may have forgotten the name of one of Labour’s main business supporters when quizzed on Newsnight, but remains a key player in tackling claims that Labour is “anti-business.” Trying to paint Labour as the progressive party, the party of the national minimum wage and accusing the Tories of “lurching to the right”, the protégé of Gordon Brown is no “Red Ed.” With a £35m CCE factory in the middle of his constituency, he is believed to be an opponent of the party’s more extreme Nanny State plans.

Dragged into the row over claims by Boots billionaire Stefano Pessina that Labour would be a disaster for business, Blairite Umunna previously enjoyed a reputation as one of the party’s most pro-business figures. has been tipped as a future party leader. He has been a leading voice in standing up to plans for a crackdown on booze sponsorship and other health plans, which some feared would make it unelectable.But his attack on Boots is not the first time he’s turned on big retailers, havingonce claimed plans for a Tesco in his constituency threatened local businesses and jobs.

If he succeeds with his plans to run for the UK parliament,in Gordon, Aberdeenshire, Salmond has threatened work with other parties (except the Tories), for “more progressive politics,” including more powers for Scotland and a hike in the minimum wage. And with a recent poll by Ipsos Mori suggesting the SNP could have 55 seats at Westminster after the election, it could hold the balance of power.

Already bookies’ second favourite (behind Miliband) to become the next PM, the London Mayor could continue what some believe is his inevitable path to Downing Street by winning his West London seat. Already, Johnson has had to answer awkward questions about his relationship with businesses, not least Coca-Cola, whose sponsorship of the London Eye and bid to back his Boris Bikes scheme infuriated health campaigners. Yet Johnson, whose constituency office is a stone’s throw from major companies including Coke, Mondelez and General Mills,has championed the war on obesity with a local drive calling for supermarkets to change their layouts to favour healthy food and make it cheaper.

Sprung to fame, literally, in ITV celebrity diving show Splash before repeatedly using the word ‘cock’ in a Commons speech as part of a bet with some Royal Navy chums, and was voted the sexiest female MP in a poll. Tasked with saving the troubled UK high street, her relatively high profile and willingness to embrace the lighter side of life could stand her in good stead. Mordaunt will have to do better surely than her current DCLG competition to find Britain’s best high street, which has the sort of prize money and profile associated with a WI raffle.

Former health secretary tipped by many to be the biggest thorn in Tories’ side over NHS. Oversaw drawn out review on public health that last month proposed a crackdown on HFSS food aimed “predominantly” at children, pre-watershed measures and a crackdown on superstrength cider. Burnham quotes his wife’s discovery of high sugar content in cereals as part of his motivation but dropped plans for a much wider crackdown, including a ban on sports sponsorships by booze brands and their positioning in supermarkets.

Led Labour’s barrage of criticism against the “too cosy” relationship with the food industry but with the election looming keen not to look too Nanny State. She told The Grocer last month that Labour would continue with the Responsibility Deal agreements until they had been evaluated.

Nobody boasts a more recent front line role than the former GP andcurrent chair of health select committee. Wollaston has rebelled against several Cameron policies, including his climb-down on minimum pricing. But promotion is not unthinkable for the MP who wants to hit fizzy drinks with a sugar tax.

Brought in to replace disaster-prone Owen Paterson in July last year, Truss has ramped up the rhetoric to try to realign the Tories as the party of British farmers. The former deputy director of thinktank Reform is helping front Cameron’s pledge for an in/out referendum by 2017 and has gone in to bat for farmers supporting a badger cull.

George Eustice, parliamentary under secretary of state for farming, food & the marine environment, Conservative MP for Camborne and Redruth

A leading proponent of EU change from within, Eustice has been busy in his home patch thanks to the milk price crisis. With milk quotas due to end in April, there will be even more questions over what the government can do for farmers.

Veteran chair of the all-party food and drink group respected for his efforts in standing up for the industry. The Aberdonian was prominent in his opposition to Scottish independence but as the first Conservative to be elected as MP for the border seat of Carlisle since the 1950s, his biggest problem will be getting back in.

The former Defra minister led attacks on Cameron after the horsemeat scandal, accusing the government of weakening consumer protection by taking powers from the FSA, and also fronted its opposition to the badger cull.

Britain’s first Green MP will be hoping for company in the Commons and with the Guardian recently reporting a “surge” in popularity for the party, could hold important cards. High on Lucas’ agenda would be opposition to the Transatlantic Trade and Investment Partnership free trade deal, which she claims is a “corporate takeover “set to be exploited by “corporate wolves.