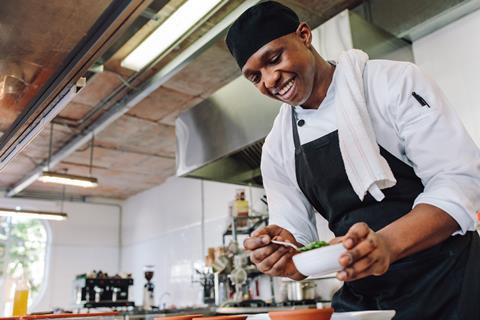 Labour said it would deliver 320,000 apprenticeships in England during its first term in government

Labour’s plans to divert funding from the Apprenticeship Levy to pay for 80,000 climate apprenticeships a year could take funds away from the retail industry, supermarket leaders have warned.

Jeremy Corbyn today announced the party would bring in reforms to the Apprenticeship Levy, focused on tackling what he called the “climate emergency”.

Under the plans, Labour said it would deliver 320,000 apprenticeships in England during its first term in government, with the programme creating 886,000 by 2030.

Speaking at the CBI Conference, Corbyn said climate apprenticeships would be part-funded by diverting 25% of the funds employers already set aside through the Apprenticeship Levy.

Labour also announced plans to give employers more flexibility in how they spend their levy funds, so they can be more responsive to the needs of the economy.

Reforms include allowing levy funds to be redeemed for a wider range of accredited training, and extending the period of time allowed for employers to spend their levy.

Corbyn said: “Labour’s Green Industrial Revolution will be a central motor of the party’s plans to transform our country and economy, using public investment to create good, clean jobs, tackle the climate emergency and rebuild held-back towns, cities and communities.

“Climate apprenticeships will offer training to school leavers and workers looking to change jobs mid-career, creating the engineers, technicians and construction workers we need to transition to a green economy.”

Responding to the announcement, Tom Ironside, director of business and regulation at the BRC, said: “We are encouraged by Labour’s focus on making the Apprenticeship Levy system fit for purpose. The retail industry must be able to train their workforce so that employees’ skills remain relevant for the jobs of the future. The ambition to allow greater flexibility in what levy funds can be spent on is welcomed, and we urge them to include all manner of training schemes to enable retailers to respond to the rapidly changing business environment.

“However, we would urge caution around Labour’s plans to divert 25% of levy funds to apprenticeships in construction and manufacturing. Any additional apprenticeships should not be funded from retailers’ funding pots, reducing the monies available to reskill the retail workforce during the industry’s transformation.”