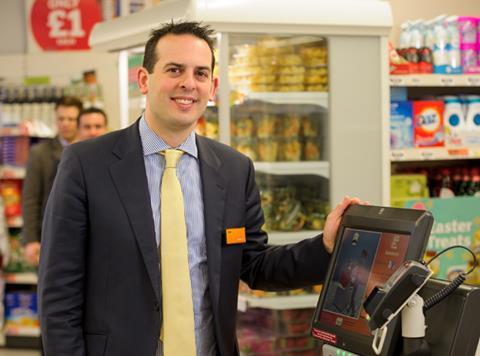 Sainsbury’s has promoted director of online, digital and cross channel Jon Rudoe to digital and technology director on its operating board.

The retailer has also revealed its property director Neil Sachdev will stand down at the end of its financial year.

Rudoe joined Sainsbury’s in July 2011 as director of online. In March last year he took on responsibility for leading Sainsbury’s digital strategy, including the development of click & collect, digital entertainments, mobile Scan and Go and building the digital experience team.

Sainsbury’s said his new role on the operating board recognised “the rapidly growing importance of online and digital sales channels to the business as well as Jon’s talent and significant achievements at the company”.

The role will also incorporate the responsibilities of IT director Rob Fraser, who Sainsbury’s revealed in December would be leaving this March.

“I’m delighted to welcome Jon to the operating board – he’s a driven and talented Sainsbury’s leader whose first-class team has turned our groceries online operation into a billion-pound business and transformed our digital offer,” said outgoing CEO Justin King.

“Jon will be a fantastic support first to me and then to Mike Coupe as we continue on our journey to help customers Live Well For Less through our digital as well as traditional channels.”

Rudoe said: “I’m excited to be given the chance to take our digital engagement to the next level – this move reflects the increasing importance that we’re placing on technology and digital sales channels.

“Technology is a key part of our future vision, right across the customer experience and as a vital tool for our 157,000 colleagues, and I want to put it at the heart of everything we do to serve our customers,” he added.

Sachdev, meanwhile, has worked at Sainsbury’s for seven years. Sainsbury’s said he was “looking forward to taking up some new opportunities, including some in a non-executive capacity”.

King added: “I’d like to thank both Neil and Rob for the significant contribution they have made to Sainsbury’s, and we wish them the very best for the future.”