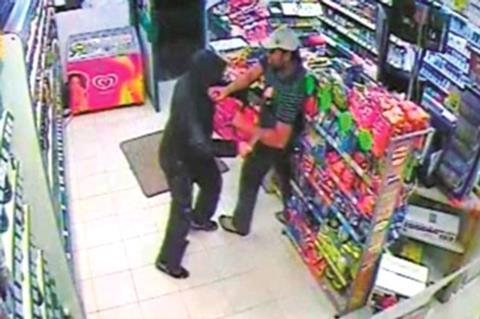 Abuse and violence towards shopworkers have doubled since the outbreak of the coronavirus hit the UK in March, with some reporting being coughed and spat at, according to a new union survey.

Shopworker trade union Usdaw said on average UK retail staff had been verbally abused, threatened or assaulted every week during the crisis, compared with once a fortnight for 2019.

Usdaw said while not all shopworkers suffered to this extent, some experienced much worse, with one in six being abused on every shift.

The survey of almost 5,000 workers found since 14 March 62% had experienced verbal abuse, almost a third had been threatened by a customer and 4% had been assaulted.

The union added that when the figures were averaged across all three million workers in the sector, it amounted to more than 3,500 assaults every day over the past 34 days.

Usdaw called for urgent action from the government to tackle the problem, including ramping up policing to keep workers safe.

“We are shocked that violence, threats and abuse have doubled during this national emergency,” said Usdaw general secretary Paddy Lillis.

“At a time when we should all be working together to get through this crisis, it is a national disgrace that people working to keep food on the shelves for their local communities are being abused and assaulted.

“Urgent action is required. Our message is clear, abuse is not part of the job.”

Lillis added some shoppers were resisting social distancing measures in stores and became abusive when asked to queue and maintain a two-metre gap.

Shopworkers taking part in the survey told Usdaw they had been spat at, coughed at and sneezed at when asking customers to practice social distancing. Others reported being pushed and verbally abused when trying to enforce buying limits on in-demand products.

“Customers are getting worse and are refusing to listen to store staff as this situation continues,” one worker said. “Whole families are shopping together and others are meeting at the store and using it as a place to gather.”

Another said: “I have been spat at, pushed and treated as if I wasn’t there. Customers have walked up to me or leaned over me while I am filling shelves.”

Others reported an increase in shoplifting.

Lillis said: “Shops are the cornerstone of our communities, but they can only operate with staff, who clearly do not have the option to work from home. We continue to work with retailers to improve health and safety for staff. We also call on customers to stay calm and respect shopworkers.”