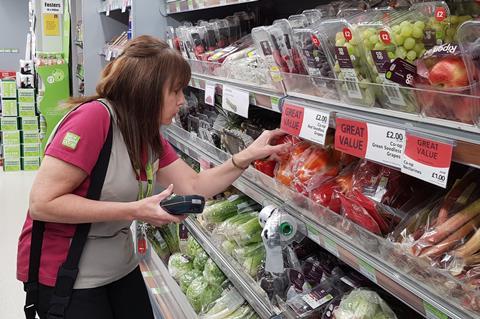 Retailers are calling for greater clarity from the government over whether elderly staff - and those with medical conditions - should return to the shop floor, as the country comes out of coronavirus lockdown.

It is understood up to half of all current supermarket absentees - about 10% of the workforce - are vulnerable people who have been self-isolating at home.

The UK government took the first steps to ease the lockdown for those groups at the weekend, with advice that they could leave their homes under strict social distancing.

As well as those supermarket workers among the two million-plus on the government’s shielded list classified as “very high risk”, many other staff have been receiving full pay when they are self-isolating, including people who are over 70, pregnant or suffering from conditions such as diabetes or learning difficulties.

However, while supermarkets committed to paying the workers for the first 12 weeks of the lockdown, none would confirm their future plans. A raft of retailers admitted it was an issue being urgently discussed.

“From the start we made the decision that if you were in either one of those groups you would be paid full pay for 12 weeks,” said one supermarket source. “That ends in mid-June. What is now being discussed is whether they are able to come back to work and how long we continue to support them to stay at home.

“I think a lot of people will want to get back to work but it’s how we protect them, that’s what is being discussed.

“It’s a two-way conversation with colleagues but we also need more clarity for the government and that’s what we are pressing for.”

One industry source involved in talks with ministers on the issue said the government’s advice on how to allow vulnerable groups to return to work was “vague and full of gaps”.

“There are a surprisingly high number of supermarket staff who are in these vulnerable groups. Supermarkets are looking at sometimes up to 5% of their workforce, many of them who have previously been stacking shelves.”

Meanwhile over-70s workers have been expressing their fears over the situation.

One told Tesco supermarket staff forum Very Little Helps: “I haven’t heard anything from work from the beginning of April. Same with rest of my store who I have spoken to. My guess is if your [sic] clinically vulnerable you’re going back on the 12th. If you are clinically extremely vulnerable, no idea. I mean what the hell are they doing - we go back next week.”

Another Tesco worker told the forum: “I feel the company is waiting for government guidance on shielding but I know a lot in the store I’m in aren’t expecting a lot of those who are shielding returning to work after the 12 weeks.”

Tesco declined to comment on its plans for vulnerable staff, as did many of the supermarkets when approached by The Grocer.

A spokeswoman for Sainsbury’s said: “We continue to pay all extremely vulnerable (as defined by the government) and all vulnerable colleagues.”

“The guidance is now that the shielded are allowed out of the home for exercise etc, though of course with the guaranteed social distancing in-home and out still in place.

“We will not give any specific advice to colleagues on this, as we haven’t since the outset. We have simply pointed colleagues to the latest Gov.UK advice and asked them to take the right action for themselves.”