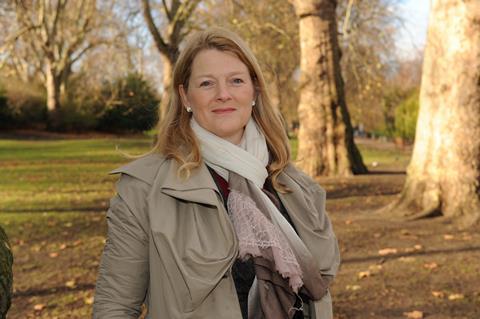 Christine Tacon has been appointed as the Groceries Code Adjudicator.

Tacon ran the Co-operative Group’s farming business for 11 years. She turned around the £60m turnover business from a £6m loss in 2000 to £6m profit.

She also spent 12 years in fmcg, as brand manager with Mars Confectionery and Vodafone and marketing director at Anchor Foods (now Fonterra).

She currently chairs the BBC Rural Affairs Advisory Committee and was awarded a CBE for services to agriculture in 2004 after three years in the industry. She is a Cambridge engineering graduate and has an MBA from Cranfield.

“Being the Groceries Code Adjudicator is a significant responsibility, and I am honoured to have been given the chance to make a permanent and enduring difference to the groceries sector,” said Tacon.

“Coming from a commercial background, I am sure that if we can increase trust between retailers and their direct suppliers, it will lead to greater efficiency and can only have a beneficial impact on the rest of the supply chain.”

Consumer and Competition minister Jo Swinson said: “I congratulate Christine Tacon on her appointment as Groceries Code Adjudicator. This is an incredibly important position in the retail groceries sector making sure that large supermarkets treat their suppliers fairly and lawfully.”

“Ms Tacon has a wide range of experience in the food, retail and farming industry and her appointment is a real milestone. Her knowledge of the sector will be of huge benefit, and I’m sure will be crucial in making the Groceries Code Adjudicator a positive and powerful contributor to the groceries industry.”

Adrian Bailey MP, chair of the BIS Select Committee said: “This is a welcome change of policy from the government, which was called for by the Select Committee and opposition team in the debate on the Bill.  It is also perfectly consistent with the approach taken by the government in securing as much pre-legislative scrutiny as possible.”

“The Select Committee spent many hours taking evidence on this issue and will examine the suitability of the proposed candidate against this evidence and the recommendations it made.”

Tacon will earn £115,000 pro-rata for a 3-day week, equating to £69,000 per annum. During the shadow period, starting now, she will work one day a week (equating to £23,000 per annum) on establishing her office, meeting stakeholders and developing guidance for retailers and suppliers. The shadow period will end when the Bill comes into force, expected to be in the Spring.