We need more regulation to separate ethical lobbyists from politicians 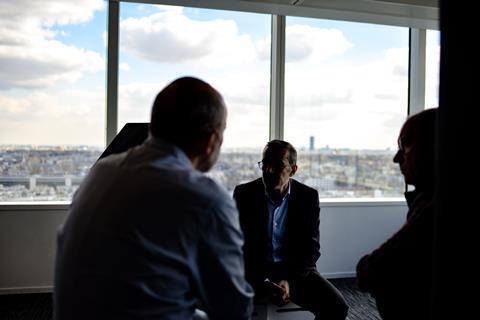 We need more regulation if responsible, ethical lobbyists are not to be tarred with the same brush as self-serving politicians

As David Cameron is hounded for seeking to feather his nest with $60m in Greensill options, and the Hancock family’s business, Topwood, is caught securing a contract from NHS Wales and inclusion on an NHS England framework, the political spotlight for the next few months will be shining relentlessly upon commercial lobbyists and their engagement with senior politicians and civil servants.

In the case of Cameron and Hancock, despite the cries of “view halloo” from the opposition front bench and the editors of the Sunday papers, this will go nowhere in the short to medium term. Indeed, it’s most likely that observers will conclude that no rules were broken.

Therein lies the long-term rub for Boris Johnson and his government. If the rules, drawn up by David Cameron in the Transparency of Lobbying, Non-party Campaigning and Trade Union Administration Act 2014, don’t prohibit this snout-in-trough behaviour, then why haven’t the Conservatives delivered on Cameron’s own personal promise, more than a decade ago, to clamp down on such activity?

The combined lobbying might of the food and drink sector is colossal. Most global food brands have sizeable in-house public affairs teams that deal with food policy and regulation, both national and EU-wide. The industry also benefits from a formidable trade association lobbying team at the Food & Drink Federation, and is well served by many smaller organisations representing the specialist sectors. In the latter category, the Health Food Manufacturers Association, European Specialist Sports Nutrition Alliance, Total Diet and Meal Replacement Europe, School and Nursery Milk Alliance and the National Farmers’ Union are prominent among them.

Like David Cameron’s behaviour, most of this would fall outside the current rules, because such organisations, along with trade unions, solicitors, charities, campaign organisations and businesses with in-house teams, fall outside the definition of consultant lobbyist defined by the Act. They are, correctly, not even registered under it.

A specialist food and drink sector agency like Whitehouse Communications must register itself as consultant lobbyist, but cannot list all its clients. To do so would be unlawful because the register is for, and only for, those clients upon whose behalf we have in the last few months approached a government minister, permanent secretary or equivalent. But most of our dealings are with less senior officials who are in fact the experts in the policy areas for which they are responsible.

There is no logic in prohibiting an agency like Whitehouse registering its meetings with special advisors, select committee chairs, and the directors of arm’s length bodies. But at any one time, because of this provision, we are permitted to declare only a handful of our commercial clients.

It’s not often a business cries out for more, not less, regulation, but this is one case in which we must do so if responsible, ethical lobbyists are not to be tarred with the same brush as self-serving current and former politicians. When it comes to lobbying regulation, Oliver Twist was right: please, sir, can I have some more?