​ The final frontier of plant-based: cheese 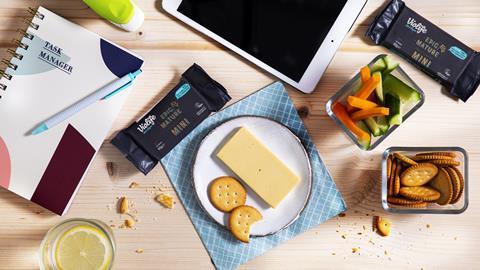 Plant-based cheeses have long struggled to match the taste and texture of their dairy equivalents, as suppliers admit. “Dairy-free alternatives to cheese have long had a reputation of being inferior,” says Saputo Dairy UK marketing controller Emilie Grundy.

Addressing this taste issue is widely believed to be the key to unlocking further growth. Still, it’s not exactly shoddy at the moment. Free-from cheese clocked 14.9% of growth this year [Kantar August 2021], taking it to £170.2m.

So why has plant-based cheese proven harder to master than milk? “I think cheese is harder because it’s such an indulgent category, so it’s hard to get it right,” says Simon Orchard, country manager UKI for Violife.

Still, that hasn’t stopped suppliers from trying. Violife has opted for coconut oil as the base for its cheese. In the case of its Greek White block, Orchard argues it is comparable to goats cheese in terms of taste and texture, though it functions like feta cheese.

The category is also attracting attention from dairy companies. Recent launches include the plant-based Nurishh, launched by Babybel’s owner Bel UK. A plant-based version of Boursin is also due in December.

Catering to demand for convenient cheese formats, Saputo has also just launched a Delightfully Creamy Grated cheese into Sainsbury’s, under its plant-based Vitalite brand. “We are confident that this recipe takes us one step closer to ‘the real thing’,” says Grundy. 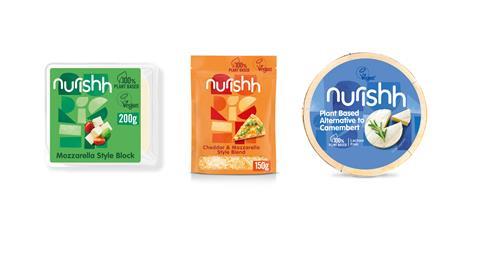