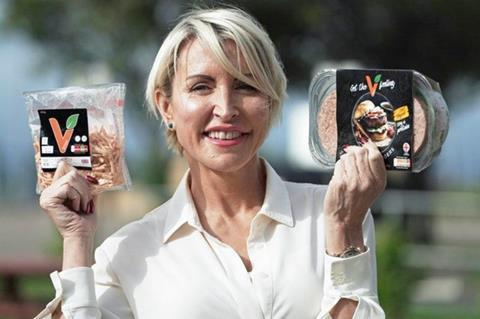 Heather Mills wants to create the “environmental equivalent” of Silicon Valley in the north east of England.

The businesswoman, who owns a massive plant-based manufacturing complex on the outskirts of Newcastle, has kicked off a fresh drive to grow vegan businesses with the opening of a Google-style campus called Plant-Based Valley. She plans to “vastly” expand its operation, creating hundreds of jobs.

At Plant-Based Valley, vegan startups and entrepreneurs will be mentored and helped to scale up through Mills’ incubator programme, VBites Ventures.

The facility already encompasses 600,000 sq ft and three factories, but there was scope to add a further 200,000 sq ft of new manufacturing space for these businesses, said Mills’ business partner Richard Lanyon.

“We are striving to create an environment which not only fosters innovation and wellness for employees, creates links with logical agricultural providers to reduce carbon footprints and to improve the carbon emissions of our buildings, but also and mainly to become a worldwide centre of excellence for plant-based manufacturing.”

VBites, Mills’ plant-based food brand, already employs approximately 300 people in the north east – a figure she said could double over the next year.

“Sooner or later many more of us are going to have to embrace much more of a plant-based way of eating and living as a solution to the climate change crisis,” she said.

“As that crisis is rapidly worsening at alarming speed, I want the north east to be up and running with innovative new ideas and discoveries and ready to deal with the demand for climate-friendly living, which without doubt is going to happen.”

At the launch of Plant-Based Valley this week, Mills also unveiled a “fish-free omega-3” product called Vmega-3, which is harvested from algae.

“Most people think omega-3 oil comes from fish, but the truth is it comes from the algae that fish eat. People get their omega-3 by eating the fish, but with Vmega-3 you by-pass the fish and get it straight from the algae,” she said.

“Our unique process uses biomass grown under controlled manufacturing conditions and naturally occurring micro-organisms instead of fish or other animals.”