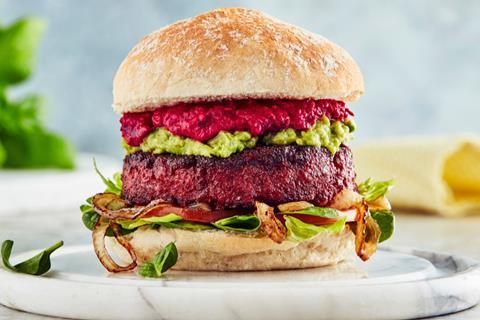 Veggie campaigners and suppliers have expressed relief after the EU Parliament voted against banning plant-based products from using terms such as ‘sausage’ and ‘burger’.

In a vote on Friday as part of the EU’s negotiations over its post-2022 farm policy, MEPs rejected all proposals to ban meat-free products from using names traditionally associated with meat products on their labelling.

It means products such as veggie burgers will not have to be called ‘discs’ and plant-based sausages will not be forced to change their name to ‘tubes’.

“In 35 years, not once has a consumer complained to us that they bought one of our products by mistake, thinking it contained meat,” said a Quorn spokeswoman in response to the vote.

“However, we are still saddened that this matter ever came to occupy the time of legislators at the EU, when there are so many critically important issues for them to be considering, such as the climate crisis, biodiversity loss, and fixing the unsustainable parts of our food system – one of which is the production and processing of cheap meat.”

Campaign groups The Vegan Society and ProVeg International welcomed the move and praised the “common sense” displayed by the EU Parliament.

But the European Livestock and Meat Trades Union (UECBV) said it would have “preferred” protecting labels typically associated with meat and urged members to battle the EU’s decision at national level.

“Meat denominations are deeply rooted in our cultural heritage,” a spokesman said. “Bacon, ham, carpaccio, steak, filet, chops and salami are all traditional denominations that have been shaped over time but the tradition may differ by member states. Due to the decision, UECBV encourages its members to look for a fair recognition of meat denominations at national level.

“For the European livestock sector this is not a fight against, but a call for, the rightful acknowledgement and respect for their products and the work of millions of European farmers and livestock and meat sector workers.”

In a similar vote on plant-based dairy alternatives, MEPs voted in favour of a ban on terms such as ‘yoghurt-style’ and ‘cheese alternatives’.

The move was described as a “good day for the EU lactosphere” by the European Dairy Association, adding “non-dairy products cannot hijack our dairy terms and the well-deserved reputation of excellence of milk & dairy”.

The Vegan Society’s head of policy, Louise Davies, said: “Adding in a further restriction to stop terms that liken plant-based foods to dairy, such as ‘alternative’ or ‘style’, is going to stop manufacturers from accurately describing their products and mean that consumers actively seeking to reduce their environmental impact and shop more ethically will be poorly informed.”