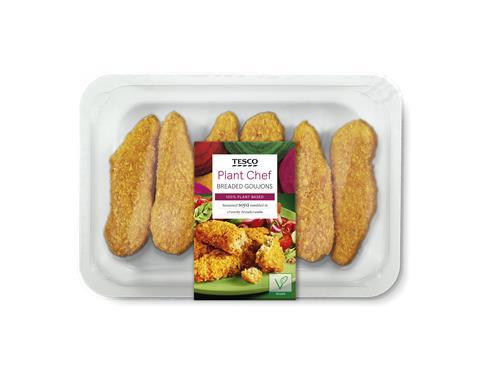 Tesco is to roll out an “affordable” range of plant-based foods.

Both products will be made of soya and hope to offer “easy to prepare plant-based swaps” for traditional dinnertime staples.

From 14 October, these will be joined by Butternut Cauli Mac and a Mushroom Pizza (both £2.50).

The launch will also see Tesco position its vegetarian and vegan offerings in dedicated casements, with some products due to sit in meat aisles, Tesco said this would offer flexitarians “an immediate alternative”.

“The biggest impact we can make as individuals, for our health but also that of the planet, is to eat more plants,” said Tesco head of plant-based innovation, Derek Sarno.

“At Tesco we’re making that easier than ever by providing the widest and best range of plant-based options available on the UK high street.”

Tesco said by mid-November it hopes to have increased its plant-based offering by 48% to 267 products.