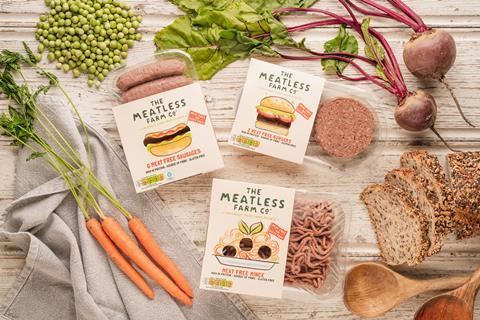 The listing comes amid rapid expansion by the firm, following major listings in the UK and USA

The Leeds-based brand’s mince, burger and sausage SKUs will be available from Monday (9 September), with the Brakes tie-in coming off the back of a series of major listings both in the UK and abroad.

Last month, the company announced its expansion into the US market, with its products rolling out to 450 Whole Foods Market stores and the establishment of new headquarters in New York.

‘‘As the momentum for plant-based continues to build, working with Brakes is an important partnership for us,” said CEO Rob Woodall. “We’re providing a high-quality plant-based range that will help operators answer this demand.”

The wholesaler claims to have seen a 300% increase in demand for vegan products in 2019.