The not-so-Impossible Whopper: will vegan food change the law? 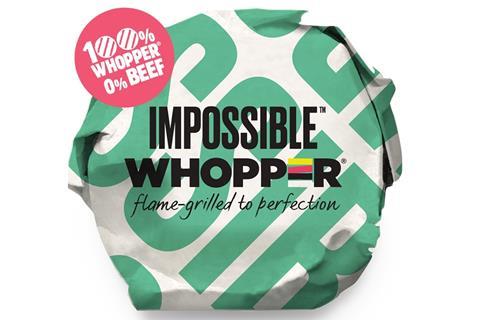 The much-hyped arrival of Burger King’s ‘Impossible Whopper’ is just the latest foray by a major food outlet into the growing market for vegan food. Earlier this year, Greggs won similar plaudits for the launch of a vegan sausage roll and no doubt more will follow.

With a growing awareness of the toll that consuming too much meat takes on both our bodies and the environment, vegan and vegetarian options are more than just a food trend. The growing food tech sector is key to facilitating this and, while the mass production of lab-grown meat is not yet a reality, it might not be far off.

As we’ve seen in the past, however, the very concept of genetic modification can be a controversial one for many. When ‘GM crops’ first hit the headlines in the 1990s, activists took to fields across the UK dressed in radiation protection suits, determined to destroy the offending plants.

While we can’t predict whether similar activism will return, what we are likely to see are ongoing legal debates about whether or not it’s possible to own the intellectual property on plant strains derived from genetic mutations using regular biological processes.

As it stands, the law is nebulous. While the general position is that it shouldn’t be possible to have patents on plant varieties, patents are nevertheless owned on strains of chicory and tomatoes, among other plant-based products. In Europe at least, the current position seems to be that while a random plant mutation in ‘the wild’ is not patentable, one that happens in a lab is.

We are likely to see similar legal battles in the future, as the power of food tech to improve health, as well as alleviate food shortages and environmental pressures, becomes more obvious.

As with any new technology, the law will need to adapt to keep up. The position at present is open to interpretation because whether a genetic mutation occurs in a lab, or in the wild, it is essentially an expression of the same evolutionary process. The line between natural evolution and ‘unnatural evolution’ (or GM) is fuzzy.

With science opening the doors to ever-more efficient means of maximising food production – and business incentivised by the financial rewards this will bring – the debate will no doubt continue.