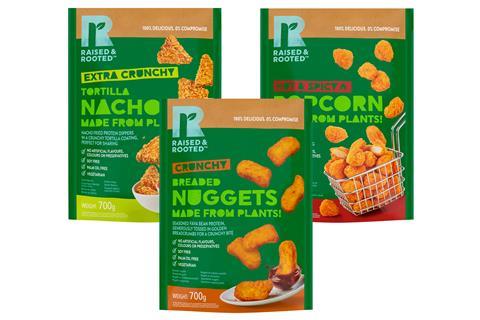 US meat giant Tyson Foods has bolstered its transatlantic ambitions through the launch of its Raised & Rooted frozen plant-based brand into European markets, including the UK.

The Raised & Rooted range, which was launched onto the US retail market in 2019, will initially be sold through foodservice channels in the UK. However, it is also set to be listed in Italian retail outlets soon, according to the US corporation.

Each product will be sold in 700g packs made from a recyclable 60% bio-based plastic material.

in a European market where increasing numbers of consumers have turned to plant-based foods.

“Our unique capabilities in R&D and innovation, combined with our international footprint and infrastructure make us uniquely positioned to be a European market leader in alternative protein,” said president of Tyson Foods Europe, Brett Van de Bovenkamp.

“Our focus has been on taste and texture, and we’re confident our alternative protein products meet consumer expectations.”

At the time, Tyson said it could move its meat products into retail “over the next year”.