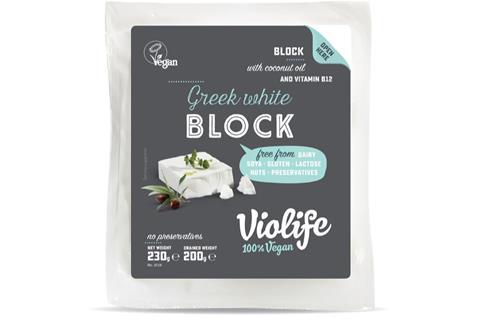 Talks were said to be at an advanced stage in October, with KKR-owned Upfield beating a number of other firms to the deal, said to be worth around €500m.

Violife has listings for its vegan cheese alternatives, spreads and other plant-based foods with Asda, Sainsbury’s, Ocado, Whole Foods Market and Planet Organic.

“Bringing together plant-based margarines and cheeses under one roof is a natural fit,” said Upfield Group CEO David Haynes. “We’re confident that the combined expertise of both companies will continue to drive exciting growth and innovation in the plant-based food sector.”