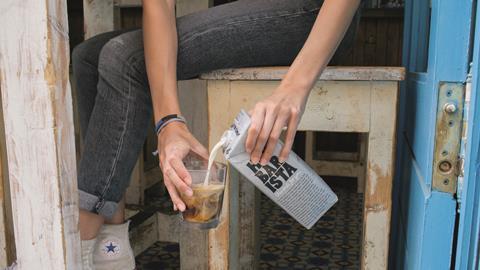 Why is Oatly building its first UK factory and what could it mean for the brand?

With its oat drinks soaring on the UK market, the plant-based brand has revealed plans to build a site in Peterborough

Nestled between the Fens and the rolling hills of the Midlands, Peterborough is probably most famous for its 13th century cathedral.

But, it emerged last week, the city is now set to play host to a very 21st century kind of cathedral – a cavernous Oatly factory.

The global brand’s first UK site – it’s sixth globally, having built facilities in Sweden, the Netherlands, the US and Singapore – is set to become the world’s biggest plant-based facility, Oatly claims, and will pump out 300 million litres of oat drink a year when it opens in the first quarter 2023.

So why has Oatly made this move? And how could it change the brand?

The UK has been - as Oatly UK’s general manager Ishen Paran put it when the new factory was announced - “a really important driver of the global plant-based movement”.

The retail plant-based dairy category has essentially doubled in size over the past five years and is now worth just under £600m [Kantar 52 w/e 4 December 2016 vs 29 November 2020].

As a result, the UK has become something of a proving ground for Oatly and its plant-based competitors. “If it’s successful here, it’ll go into the rest of Europe or the US,” says Veganuary’s head of communications Toni Vernelli.

Oatly, which originated in Sweden, has already enjoyed big success in the UK. It is now the fourth-biggest brand in the milk and milk alternatives market, having seen volume sales soar 91.3% and value sales rocket 95.9% to £84.3m over the past 12 months [Nielsen 52 w/e 2 January 2021].

And now – thanks at least in part to the funds generated from last year’s sale of a $200m (£143m) stake to a high-profile consortium which included Jay-Z and Oprah Winfrey – Oatly has the financial muscle to invest in infrastructure that could enable it to better exploit the UK market.

The inclusion of private equity giant Blackstone in that consortium did cause some controversy at the time, with the investment firm’s sustainability credentials and links to the Donald Trump presidential campaign coming under fire from activists.

However, Vernelli doesn’t believe the controversy caused significant damage to Oatly’s brand. And Oatly - which defended the move on the basis that Blackstone’s investment in “oat-based sustainability” would send a “powerful message” to global private equity markets - clearly remains confident in its own appeal.

“[The factory] is a bet on the one-way growth of plant milk because I think the amount of factory space they’re laying down exceeds the orders they’ve [currently] got,” says MD of fmcg consultancy HRA Global, Hamish Renton.

“I think it’s a pretty well-educated bet because the liquid plant-based market doesn’t seem to be showing much weakness. It looks a lot like the free-from market of five to 10 years ago when it was growing merrily with high levels of growth and kept doing it.” 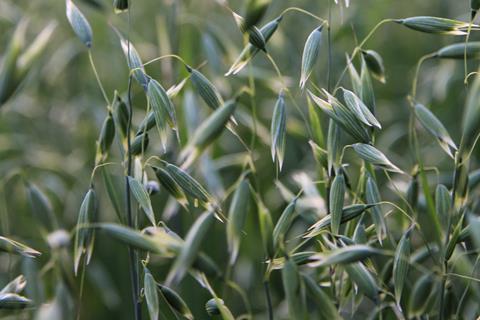 According to AHDB, the east and east Midlands area is host to around a quarter of the UK’s oat growing area

Peterborough is certainly a good place to make this bet from. Not only does the city sit on key north-south routes like the A1 and east coast main line, but it’s also in the middle of the UK’s key cereal growing area. And Oatly has said it wants to source its oats from the UK.

According to AHDB, the east and east Midlands area is host to around a quarter of the UK’s oat growing area and 45% of its wheat.

The planted area for oats has massively increased in recent years, with last year’s English planting some 26% up against 2019’s crop area after a severely wet winter forced farms to plant it as a spring crop.

Farmers have also turned to it as an alternative to pest-ridden oilseed rape and as a method to keep out blackgrass weed infestation.

This has meant there has been an exportable surplus of 50,000 to 100,000 tonnes of oats over the past couple of years, AHDB says, much more than the 40,000 tonnes (based on the ‘oat base’ content of its drinks and typical oat contracts) Oatly is anticipated to need to produce the 300 million litres of oat drink it says it will when its factory opens.

“There are enough oats in the supply chain with current supply and demand dynamics to satisfy the demands of Oatly,” says AHDB senior analyst James Webster.

“It would reduce what the UK’s exporting. But at the same time, it would certainly lead to firmer premiums for oats and draw more area onto the market in the east [of the country].”

Sourcing and manufacturing in the UK would help Oatly tap into current trends for provenance, according to Vernelli.

“I certainly think it’ll make it more appealing to a British audience because we are constantly being told to try to buy local and reduce our food miles,” she says.

“If someone is choosing a plant milk, they will be more inclined to choose one that says ‘made in Britain’ on the back of it. That would definitely give them a competitive advantage against other plant milks that are still being imported.”

Indeed, while it manufactures its drinks in Northamptonshire, fellow big-hitter Alpro imports its oats. The only firm with high street retail listings which both manufactures and sources its drinks solely within the UK is Glebe Farm Foods, which also happens to be situated near Peterborough.

A reduction in food miles would also enable Oatly to better navigate one of the points of contention surrounding its proposition – namely, what its carbon impact really is.

For example, its one-litre UK Barista Edition oat drink is said to be responsible for 0.44kg of CO2 emissions based on data from CarbonCloud.

But because there is no standardised form of carbon accounting and the fact that analyses are self-funded, allowing the buyer to play with the inputs and boundaries, Oatly’s figures have drawn criticism.

Speaking to The Grocer last month as part of the Focus On Dairy Drinks, Alpro’s marketing director David Jiscoot suggested Oatly’s use of such labelling was a “marketing gimmick” and said any carbon labelling move by Alpro would be “based on science rather than marketing”.

“Getting everyone involved to agree on how that could be done will take time, which is why we decided to take the lead and do it, urging other companies to also show their numbers,” he adds.

Whatever the veracity of their emissions labelling, moving sourcing and production to the UK will have a tangible effect on the firm’s output, according to Glebe Farm Foods.

“It’ll affect their environmental footprint as approximately 20% of the environmental cost of imported oat drinks is on the road haulage to bring them in,” says joint-MD Philip Rayner.

But if Oatly is to make a success of its UK move, it may have to change its tune, according to some of those The Grocer spoke to for this piece.

“They’re very anti-dairy and by that nature, it appears they’re anti-farmer. Arable farmers quite like dairy farmers and there are a lot who do both,” says Rayner, who farms oats around Glebe Farm’s manufacturing site.

“How’s that going to work? How’s their provenance ideal of being in Britain going to work with their stance against dairy farmers? The dairy industry is well-supported and well-liked within Britain.”

Oatly says it believes “farmers are extremely important” when it comes to tackling the climate crisis, adding it is currently working with farmers in both Sweden and the USA to ”find ways to transition to more plant-based agricultural systems for human consumption”. It says it plans to extend this work to other countries.

But winning over the farming community in the UK could prove a challenge for the firm, particularly given their recent marketing.

Oatly’s ‘Help Dad’ campaign not only pitched generations against each other but was also described as “peddling misinformation” by The Country Land and Business Association, as it equated the carbon emissions of British meat and dairy production with global statistics and compared them to global transport emissions.

“Emissions from British beef, for example, are 50% lower than the global average. Just 3.7% of the UK’s emissions come from cattle and sheep, a fraction of the transport sector. So, telling British consumers their dairy and meat industries are somehow more damaging to the environment than transport is a serious misuse of statistics,” CLA president Mark Bridgeman said in January.

At the time, Oatly responded by saying it had used global data “because climate change knows no boundaries or geographical borders,” adding it had sourced its information from the UN and The Food and Agriculture Organisation.

Clearly, it takes an adversarial approach when it comes to climate change. But Renton reckons it could pivot to a more ‘pro-oat’ position once it arrives on these shores.

“I get the feeling Oatly kind of treats its raw material as a commodity – it’s more about being anti-dairy than being pro-oat which I find a little confusing because there’s a lot going for oats,” he says.

“I’m expecting them to align themselves more closely with British farmers and start making the raw material and I feel they’ll probably end up championing oats. There are loads of great things about oats – you’ve got a cholesterol claim, a soluble fibre claim. There’s a very good platform to work from.”

It will also need to prove to farmers it is committed to them as well as their produce if it is going to solely source its oats from the UK.

According to AHDB’s Webster, it’ll need to contract “a large acreage” around Peterborough. To do so “will come down to whether they offer attractive enough contract terms compared to other market options”, he says.

For example, wheat and oilseed rape are both lucrative alternatives for farmers when weather conditions are right and when/if rape can overcome its issues with the cabbage stem flea beetle.

It may also only need to target a small number of farms, Rayner believes, as the oats it will require can be produced either by “one very large farmer or a handful of farmers”.

Whatever happens, the announcement of its first UK facility has come at a pivotal time for Oatly, as it ponders an IPO on the US stock market and battles EU legislation which could lead to a ban on the use of phrases like ‘creamy texture’ or ‘contains no dairy’.

Its IPO would be particularly significant if it does take place, as it would mean Oatly will have officially transitioned from “small disruptive start-up to big, established fmcg player”, says Renton.

And this change, along with the new factory, could also alter how the company behaves in the UK, he says.

“They’ll be awash with cash [so] they’ll probably be able to snap up disruptive brands if they want to, [and] they could streamline production so they’ve got a cost advantage if they need to weaponise price to see off smaller competitors.”

Clearly, Oatly’s new plant-based cathedral will not only put Peterborough on the map, but will also put its UK competitors on notice.