Criticism of Unilever’s plan for plastic is misplaced 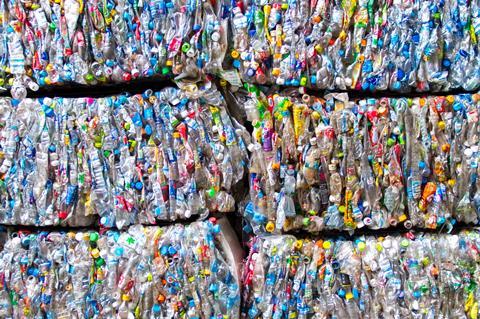 Unilever’s plastic announcement made a big splash. The fact it wants to halve its use of new plastic by 2025 hit mainstream news – from the FT to Reuters to CNN.

Perhaps unsurprisingly, there was also some sniping. The likes of the WWF, Greenpeace and advocacy groups such as A Plastic Planet raised questions about whether the 50% target was ambitious enough. They also pointed to a new generation of challenger brands that already use 100% recycled plastic, or have moved away from plastic altogether.

While it’s right for these organisations keep the pressure on the plastic agenda for the corporate world as a whole, I think the criticisms are misplaced. Unilever’s move is masterful on many fronts.

For starters, the target is ambitious. It’s harder for a company the size of Unilever to move towards recycled plastic than the smaller disruptor brands – because when we’re talking big volumes the supply of recyclable plastic just isn’t there yet.

Then there’s the fact Unilever made the case for plastic-done-right still having its place in the system. Plastic is a brilliant material – it’s easy to produce, it’s lightweight, it helps reduce food waste and it’s very durable. As Unilever CEO Alan Jope said: “A hysterical move to glass may be trendy but it would have a dreadful impact on the carbon footprint of packaging.” It’s what happens to plastic that’s the problem, not plastic itself.

Is biodegradable plastic the answer to food and drink’s packaging problem?

This means the part of Unilever’s commitment that got significantly less attention – to collect and process more plastic packaging than it sells – is perhaps the most laudable. Because the grown-up answer to the plastic problem (alongside reduction) is to design a system that keeps it contained in a closed loop system. And Unilever is determined to play a significant part in making that a reality.

Unilever’s mastery also came through in the way they played this. The announcement was designed to make noise – headlined by the new CEO and accompanied by a round of interviews, a nice strong numerical target and some cool-sounding brand innovations – chewable toothpaste tablets, anyone?

This served to create real momentum for further change: keeping the issue in the spotlight, raising the bar for others and consequently maximising Unilever’s overall impact on the plastic problem. It also ensures Unilever will get the kudos it deserves for acting as a leader. As Jope said: “This is part of responding to society but also remaining relevant for years to come in the market.”

Unilever is in effect positioning itself as a driver of transformative change, understanding and responding to the scale of the issues we face and writing itself into an iconic future.