SodaStream to switch syrups bottles from plastic to metal 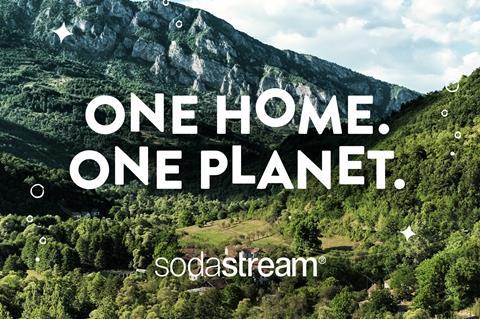 SodaStream is to switch to metal for packaging its syrups – in a bid to remove around 200 million single-use plastic bottles from the soft drinks market by 2025.

The PepsiCo-owned supplier is to make the change from early next year at its factory in Israel, which produces more than 30 million plastic bottles of syrup annually.

The transition to an as-yet-unspecified metal was “a complex operational, marketing and commercial operation” said SodaStream. However, metal was “the easiest and most efficient option currently available in the world for recycling and does not require market education for waste separation”.

The change in packaging – announced this morning (22 April) to coincide with Earth Day 2020 – was “expected to save hundreds of millions of disposable plastic bottles in years to come” the company added.

It comes as part of wider sustainability efforts by SodaStream, which is also investing in renewable energy. Solar panels placed this year on the roof of its factory already cater for 5% of the company’s energy needs – with an aim to reach 20% by 2021. The supplier also said it planned to run entirely on clean energy, free from fossil oil, and ensure its facility was almost fully independent of the national power grid by 2024.

SodaStream was “constantly exploring further steps, including in the field of renewable energy” claimed CEO Eyal Shohat. “As a company, we feel responsible and committed towards the world we will leave for the next generation.”

To further mark Earth Day, the soft drinks maker has unveiled ‘One Home. One Planet’, a short film that stresses “the importance of caring for our planet even in these complicated times”.