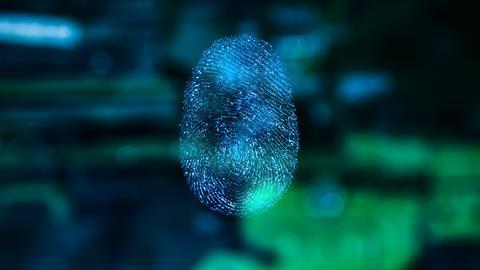 Will coronavirus safety concerns kill off the DRS?

A UK deposit return scheme has long been a sticking point in the industry. But as Covid potentially forces a total redesign, where will the plans go from here?

As the government battles to get the economy back on its feet after lockdown, campaign groups and politicians alike have joined the call for a green recovery.

But behind the scenes, a battle is raging over the flagship part of the government’s delayed environmental legislation: the controversial bottle deposit return scheme (DRS).

Last month, ministers resumed talks with the industry in the hope of getting a DRS up and running by 2023. Supermarket bosses, however, are claiming that the talks about a Covid reset need to include a rethink on the DRS, which they are now saying is both economically unviable but also positively dangerous in the context of coronavirus.

It’s a potentially seismic moment. Because if these arguments can convince the government, Covid-19 could be the death knell for plans in their current form.

For the supermarkets, the new reality requires a radical rethink of how the scheme would operate. The store-based nature of DRS, which was decided before coronavirus hit, is one particular area of concern.

“If we are going to go down that online route, is a return-to-store model still fit for purpose?”

“We need to make sure DRS is future-proof,” says one supermarket source involved in the talks. “The DRS model being proposed is a return-to-store model and we are already on a trajectory to more online purchasing.

“What Covid has done is accelerate that massively and people are unlikely to roll back from that. So if we are going to go down that online route, is a return-to-store model still fit for purpose?”

The focus on stores presents a safety question, too. “We don’t know when a cure will be found,” the source says. “The big concern is that in these timescales of DRS, Covid is still in the environment.

“Going into a store environment is a threat and if it’s a manual takeback there are health concerns. You are passing a container back to hand to someone in a shop.”

Of course, it’s no secret that the industry has long railed against DRS. Some argue Covid is simply a convenient excuse to push back further, a suggestion supermarket sources are keen to refute.

“We are not looking to scrap DRS. We want to make sure it’s fit for purpose and future-proofed in this new climate,” stresses one source.

How much does DRS cost? 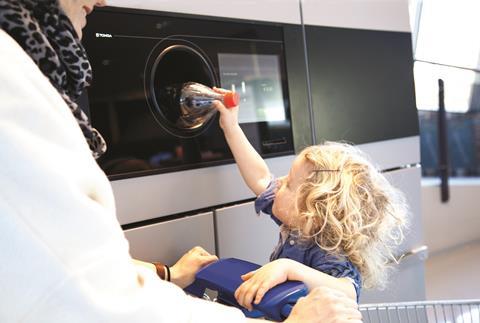 The trail of destruction left by Covid-19 has also led to renewed industry calls for a rethink over the timescale for DRS. “We have lost four or five months at least of work on this already,” says a supermarket source. That means the planned deadline of 2023 in England is looking “very, very unrealistic” from their point of view.

“It’s mind-boggling to try to think how it can be done in that timeframe,” the source says. “Engagement has now restarted but we’ve lost a huge amount of time within what was already a very ambitious timescale.

“It’s made it very challenging, particularly for DRS if we have to build all these machines and roll them out to tens of thousands of stores across the UK, at vast expense, that could actually be mitigated. All of that will eventually be passed on to the customer.

“The time is right now to think again before we really close off the doors and lock ourselves into a system that is not fit for what society is now.”

As the industry body, the BRC is making these points to those in power. As well as holding talks with the government, last month it responded to the Labour Party’s Energy, Environment and Culture Policy Commission on Green Recovery, urging new leader Keir Starmer to campaign for a rethink on DRS.

Its submission warned Covid-19 had “drastically transformed” how people shop and caused massive extra costs for retailers. It pointed to the amount they had spent on in-store safety measures, estimated to cost more than £150m up to the end of March alone. The DRS, which is projected to cost £2.2bn to implement across the UK, will only add to that.

And the cost could even be higher. Sources say they are keenly awaiting an updated ‘impact assessment’ by Defra, which “may give revised numbers that more closely align with the eventual scheme”.

The BRC has also voiced serious concerns about getting DRS up and running by 2023, not just because it’s a tight deadline. The introduction of the scheme coincides with plans for a tax on single-use packaging with less than 30% recycled content.

Both of these measures are set to come in before Extended Producer Responsibility (EPR), which will put a stronger onus on suppliers to take environmental responsibility for their products and the associated packaging when they become waste.

Taking this “cart before the horse” approach will increase material prices and costs in stores, without enough recycled material being available at scale for businesses to use, the BRC argues. “It will be a tax that many customers will ultimately pay for through increased prices,” it concludes. And as a recession looms, that’s an outcome no one wants.

There would be complications in changing the nature of the DRS in England and delaying it significantly, though. Because the Scottish government is well ahead of the UK in its own plans to launch a system, despite recently pushing back the implementation date to at least July 2022 in the wake of the coronavirus outbreak.

North of the border, some retailers have already been pushing ahead with plans to get the infrastructure in place. Last month The Grocer revealed Aldi has set out plans to install a network of 40 reverse vending machines across its stores in Scotland, which will be used for the collection of plastic and glass bottles as well as steel and aluminium cans. If England takes a different approach entirely, it could prove a logistical nightmare for retailers and consumers that are straddling both countries.

Plus, the attempts to delay DRS further are likely to provoke ire from certain corners. Defra has been clear that it still wants to introduce the scheme “as swiftly as possible”. Meanwhile, support for DRS among the public appears to be growing. A poll of 2,000 Brits conducted in May showed 84% were in favour of all drinks containers being included in the scheme, up from 69% in May last year.

“The Great British public has spoken”

The poll was commissioned by Nature 2030, an international coalition of businesses, politicians and campaigners. “The Great British public has spoken” declared a spokesman. “With Whitehall set to introduce a DRS over the next few years, ministers have got the necessary time to design a system that has the support of consumers across Britain.”

Dr Sian Henley, lecturer in Marine Science at the University of Edinburgh, also pointed to the public mood. “The survey results show the British public supports the introduction of a scheme that puts the environment first,” she said. “Making the DRS as comprehensive as possible ensures no materials will be left to litter our precious seas and coastlines.”

Dr Laura Foster, head of clean seas at the Marine Conservation Society, is of a similar mindset. “It’s high time the government takes its lead from the public and introduces a scheme of all sizes and all materials that will give us the best chance to combat litter and plastic pollution once and for all,” she says.

Environmental campaigners aren’t the only ones keen to see the UK press ahead. A raft of companies that have been involved in DRS rollouts elsewhere in the world are urging the government against a rethink.

“Covid-19 has been an unexpected crisis with devastating impact,” says Truls Haug, MD for Tomra Collection Solutions UK&I, which has been working with companies including Tesco on the trial of DRS reverse vending machines. “However, the challenges the environment is facing have not gone away. DRS remains a proven intervention to increase recycling rates, reduce litter and make better use of the world’s finite resources.”

“DRS remains a proven intervention to increase recycling rates, reduce litter and make better use of the world’s finite resources”

Tomra also disputes the mooted £2.2bn cost of setting up the DRS across the UK. “That figure is higher than estimates we have seen,” says Haug. “Both Defra and the Scottish government have published cost estimates that show the financial benefits of the scheme outweigh the associated costs.”

He is keen to see the UK stick to its proposed timetable. “We understand all parties must have sufficient time to prepare for DRS but based on our experience in other markets, two years is ample time to establish a successful scheme,” Haug adds.

Then there are suppliers, who are coming at it from a different angle. The BSDA, which represents the likes of Coca-Cola, is hopeful the DRS will give soft drinks companies more material for recycled packaging. “We continue to support the introduction of a well-designed GB-wide DRS, in tandem with reform of the producer responsibility system for packaging,” says Gavin Partington, BSDA director general. “We believe this will achieve our shared goal of increasing the quantity and quality of material collected for recycling, supporting its reuse as new packaging.”

It’s an aim no one would disagree with. But exactly how that aim is achieved is likely to be a growing source of contention as coronavirus rages on.

How tech could make the DRS greener 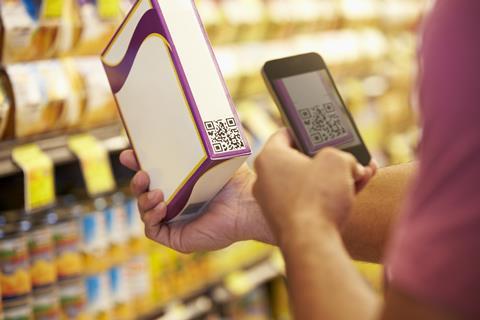 It’s not just coronavirus that threatens DRS. There are growing fears that the system does not fit with a low-carbon model for environmental policies.

Supermarket bosses claim the plans to install tens of thousands of DRS machines in stores across the country would have a major knock-on impact, in that people would make more car journeys and use more public transport.

The Grocer understands alternative proposals have been mooted in the latest talks. These involve using technology to create a home-based DRS system, without the need for the mass rollout of vending machines.

“There is technology out there now whereby you could operate a DRS scheme utilising mobile phones, or other scanners, to scan products in your own waste collection facilities,” says a source. The tech would not only be more convenient, but also cut down on carbon emissions.

“That would minimise the amount of additional vehicles we need on the roads either for people to bring back or for collecting.”

Talks have begun between supermarket and tech companies about how QR codes and other technology can be used to link bottles returned at home to stores.

“This really does tick a huge box and gets people to value the material they are using,” says the source.

“There are still some things around the out-of-home element but they could be scanned at public bins,” the source adds. “A more virtual technology-based system is surely the way forward in the new world we live in.”

Startup Cryptocycle has been in talks with retailers and suppliers about a system that would provide a unique, one-off code for all bottles and cans, enabling consumers to record on an app when they recycle them.

It claims the scheme will help reduce the possibility of fraud and also has the potential to hugely reduce the cost of DRS by negating the need for in-store recycling facilities. And if it can make DRS greener too, all the better.