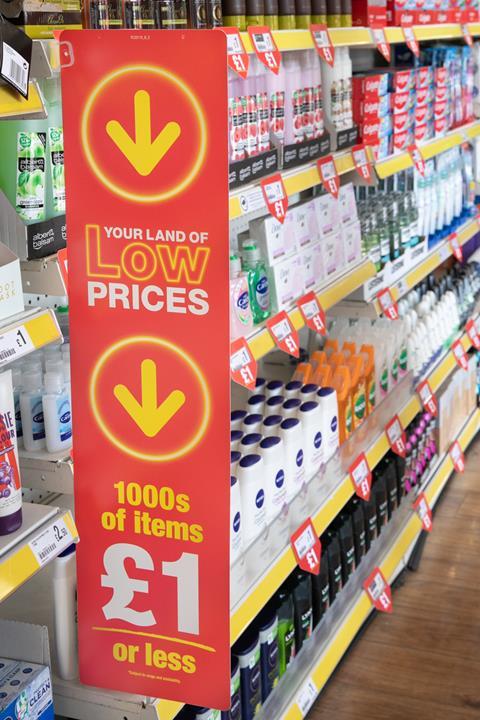 Poundland is also revamping displays, with new signage saying ‘Your land of low prices’ in all stores

Poundland is tapping into its single-price roots to appeal to shoppers as inflation soars, with a commitment to sell more products for £1 or less.

Poundland has been gradually introducing new price points for a number of years, so that about half the range currently costs more than £1. It is now ‘resetting’ stores so that about 60% of lines will cost £1 or under by the end of this week, it has announced.

It is also set to focus more on selling products individually, rather than in multibuy deals.

The variety discounter said it was seeing changes in shopping habits as inflation soared, with people visiting more frequently but spending slightly less per visit.

“While we don’t have a magic trick up our sleeves to counter inflation, we know that those who work hardest to keep costs low will end up winning customers’ trust.

“The promise we make to customers, that we can deliver amazing value, has never been more important.

“We’re determined to not let them down. That’s why we’re offering more of what they want, at a price that recognises they need their money to work as hard as it can.”

It is set to roll out frozen food to about another 100 stores by September. It will take the number offering the range to more than 350 of its 850-plus branches.