Seven Fultons Foods stores to be converted to Poundlands 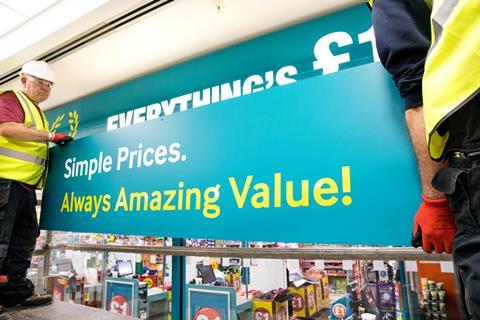 ‘Customers at these seven stores will now benefit from access to the amazing value Poundland offers,’ the variety discounter said

Poundland is converting seven Fultons Foods stores to its own format as it seeks to better leverage the frozen food chain’s estate.

It follows the conversion of Poundland stores in Corporation Street, Birmingham, and Hertford Street, Coventry, to Pep&Co, Poundland said.

The latest moves also follow the conversion of Fultons stores in Kendray, Barnsley and Hornsea, Yorkshire, into the first two Poundland Locals in May.

Poundland acquired Fultons last year, after the business acted as supplier for the introduction of Poundland’s chilled & frozen ranges. At that time, Fultons had about 80 stores in the north of England and Poundland MD Barry Williams told The Grocer the most suitable of them were destined for conversion.

Poundland also today announced the next phase of its chilled & frozen rollout, which was accelerated following last year’s acquisition. It is on its way to another 50 stores by early December, mainly in the south of England and Northern Ireland. The next phase of the rollout will take the total number of Poundland stores offering chilled & frozen food to over 250, Poundland said.

“Today’s announcement is another example of the way we’re transforming the customer offer in our stores,” said Poundland retail and transformation director Austin Cooke.

“Becoming the best Poundland we can be for our shoppers is what motivates us to move at an amazing pace.

“We’re proud that this transformation programme – extending chilled and frozen foods, clothing and homewares – is helping support town centres and high streets at a time they need it most.”

The five Fultons stores changing to core Poundlands consist of two in West Yorkshire – in Batley and Brighouse – with the others in Colne, Lancashire, Killamarsh, Derbyshire and Hucknall, Nottinghamshire.

The two set to become Poundland Locals are in Holbeck, Leeds and Langold, Nottinghamshire.

The three converting to Pep&Co are in Garforth in Leeds, Westhoughton near Bolton, and Crookes in Sheffield.

The 10 stores are expected to employ 20 more staff between them once converted, according to Poundland.