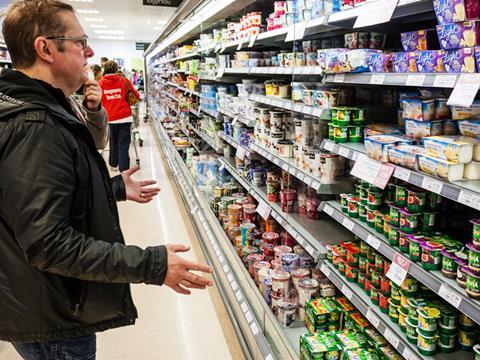 Pricing transparency is the lifeblood of a well-functioning economy - that’s how George Osborne and business secretary Sajid Javid introduced their Better Deal report this week.

Announcing a raft of measures to improve competition in sectors such as energy, water and telecoms, they vowed to help consumers make better informed buying decisions and easier price comparisons.

Better Deal does not cover grocery, but experts believe it is indicative of the government’s wider thinking on pricing transparency, which could trickle down to food and drink further down the line. So what can the industry expect?

A full-scale inquiry into prices and promotions is unlikely, given grocery was given a thorough going over by the Competition Commission in 2008, and the CMA only recently looked at pricing following the super-complaint from Which? Plus, with former Tesco director Lucy Neville-Rolfe now a minister at the Department for Business, “there’s an influential voice right at the heart of BIS who’d be only too happy to remind them how much scrutiny grocery has already had”, experts point out.

“There aren’t the same concerns about competition as in other sectors,” adds Becket McGrath, a competition law partner with Cooley. “In fact, with the rise of the discounters grocery has become more competitive.”

But retailers and suppliers should still expect closer inspection of pricing and promotions in the year ahead.

Indeed, while the Treasury is tightlipped on any ambitions to widen the scope of Better Deal, sources suggest it is only the first step in a wider programme of measures to improve pricing transparency in “markets that matter to families”. That’s unlikely to exclude grocery. “There’s a general theme here of giving consumers better, more meaningful information on pricing and comparisons,” says Michael Dean, head of EU, competition and regulatory at Maclay Murray & Spens. “Inevitably, grocery will attract some attention.”

Among the initiatives in Better Deal is an analysis of price comparison websites, to be conducted by the CMA next year. This will consider “whether there is a case for a common accreditation framework” for such sites, among other measures.

The CMA says it’s some way off starting work on this and so can’t say if grocery will be included in its analysis, but even if it won’t be the primary focus (travel, energy and retail financial services are more likely targets), “the work on comparison sites could touch on grocery sites if the scope is drawn broadly enough,” says McGrath.

A further shake-up of grocery pricing and promotions will come in the form of the new Pricing Practices Guide (PPG), which the Chartered Trading Standards Institute is currently consulting on and which is set to come into force around next summer.

The new PPG is expected to be a catalyst for retailers and suppliers to rethink their pricing and promotions strategies. Retailer price-matching schemes are likely to be reassessed as a result, especially if there’s increased government interest in pricing transparency, believes Carey Trevill, MD of the Institute of Promotional Marketing.

“These schemes are astronomically expensive to run, and if there are more questions being asked about how transparent they are it will be interesting to see if retailers will call a halt to them.”

The PPG will also put reference pricing in the spotlight, adds Dean, which means retailers will have to be careful price-matching promises are very clear about what the relevant reference price is. “On top of that, there’s a separate behavioural economics argument, which questions if these schemes actually lead to lower prices for consumers,” he says. “If everyone matches everyone else’s prices, there could be no point in cutting prices.”

However, even if price-matching becomes a trickier proposition in 2016, moving away from it completely could be easier said than done. “Shoppers now expect to be rewarded at the till for their shop, says Trevill. “These expectations won’t change overnight just because there’s a new push on pricing transparency. If we see amove away from retailer-funded schemes, the question is what role can brands play to provide value-add through promotions - and what role they will be allowed to play under the new pricing and promotions guidance.”

Increased transparency around pricing and promotions is not just about making it easier for shoppers to compare prices, though. A government push to provide “better value” to consumers in grocery is likely to be aligned to the wider anti-obesity agenda, believes Trevill. “The launch of the new Pricing Practices Guide next year will be a catalyst for everyone to reassess their pricing and promotions strategies to ensure they comply,” she says. “As part of that, I would expect them to look at what they can do with clever pricing and promotions to help deliver against obesity targets.”

If retailers and brands take the initiative on this, they also stand a better chance of avoiding a government clampdown on promotions for ‘unhealthy’ foods, as mooted by MPs only this week. “That’s what we would like to see,” says Trevill. “Delivering against obesity targets without dampening promotional activity elsewhere.”