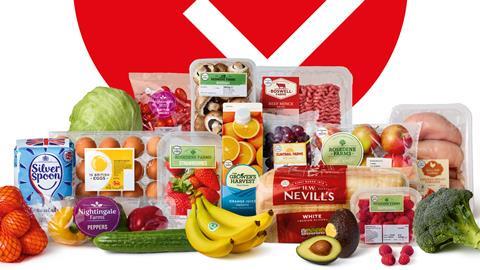 Tesco is looking to beat the discounters at their own game. Can it make the tactic work at scale, or could promotions deliver higher volumes?

Everyday low prices are set to become more, well, everyday. Last month, Tesco took another shot at Aldi, with plans to offer discounter-rivalling prices on brands all year round.

Under the campaign – understood to carry the tagline ‘great prices every day’ – promotions will fall back and EDLP will be king. The message is clear: Tesco wants to beat the discounters at their own game.

So far, criticism has mostly come from suppliers concerned about the impact of dropping their prices. But latest analysis from IRI suggests it may not work as a blanket policy for retailers, either.

It warns that dropping prices everywhere won’t necessarily deliver the higher volumes envisaged. So is Tesco right to pursue EDLP across the board? Or should it think again?

The mooted ‘great prices every day’ tagline is likely to appeal to customers. Dan Hunt, price and promotions commercial consultant at IRI, says shoppers will be driven more by price as the threat of a recession looms. “Inevitably during such times, shoppers’ attention turns to value and in particular, they become more price-sensitive,” he points out. “In the UK, this is only likely to increase when the furlough programme ends.”

Consumer sentiment was clearly a driving force behind Tesco’s decision. “The past few months have been extremely hard for consumers, and for the country,” said Tesco’s chief product officer Andrew Yaxley, writing about its pricing strategy in The Grocer earlier this month. “Sadly, it’s likely that things could get harder still.”

The question is whether EDLP is the right tool to communicate and drive its lower price promise. Yaxley simply sees it as an extension of Aldi Price Match, which launched across own-brand lines in March. “It’s the latest step on a journey that we’ve been on since 2014,” he said. During that time, promotional participation has dropped from about 45% to 28% before the crisis, he added.

Extending that principle to brands seems logical, on the face of it. But IRI warns this EDLP at all costs approach could backfire. Having analysed pricing in nearly 600 categories, it found that the UK is among the least responsive countries in Europe to an everyday price change– only France has a lower response rate.

That means for a 10% cut in everyday price, overall volume sales only grow 6.7%, which leads to “an overall sales value, revenue and profit decline”.

So though EDLP remains “an important pricing tactic”, IRI’s Hunt says it must be deployed in the right places. “Essential product categories that will genuinely drive footfall will deliver a shared benefit for retailers and suppliers,” he stresses. “Discretionary products, however, are more impulsive in nature and therefore are reliant on promotions.”

Indeed, IRI analysis shows how EDLP may be detrimental to certain categories. In beer, for example, promotions delivered a 15.4% incremental boost to volumes last year. Everyday prices would need to fall 16% to match that effect. The impact is even more dramatic in tea, where promotions delivered a 30.7% volume boost. Here, everyday prices would have to be slashed in half to achieve the same benefit.

That’s why David Sables, CEO of Sentinel Management Consultants, believes Tesco should be taking more of a case-by-case approach to EDLP. “In some cases it boosts volume, and in some cases it doesn’t,” he stresses. “Tesco modelling is very sophisticated on this issue but what it’s doing right now contradicts in many cases the data strategy it’s been following in the past five years.”

He believes “corporate diktat has trumped logical strategy” as Tesco goes toe to toe with the discounters. “They are asking for EDLP on things like yoghurt and suppliers say our whole model is set up on promoting and that’s where our finances are set up,” Sables says. For him, Tesco needs to decide whether it is “a choice retailer or a discounter”.

That highlights a more fundamental issue here: whether it is possible to beat discounters at their own game. Aldi and Lidl have championed EDLP through a specific model with reduced ranging. Tesco is trying to achieve best of both worlds. Retail analyst Bryan Roberts doubts that will be doable.

“It’s very hard, in brackets impossible, to beat the discounters on EDLP,” he argues. “Shoppers like promotions as well and they feel like they’re getting a deal.

“The other thing is that Asda has been using EDLP since forever, and it hasn’t done it any good,” Roberts adds. “It proves that price isn’t everything and value includes many other assets of retail.”

This underpins the thinking at IRI, which hammers home the importance of value, rather than simply price. Despite the tough economic climate, 76% of grocery categories are seeing signs of shoppers trading up. “Instead of swapping a celebration meal out at a fine dining steak restaurant for a fast food burger, shoppers might choose a premium butchery product or quality goods to cook at home,” points out Hunt. So the situation is far more complicated than a simple race to the bottom.

How the big four are approaching the forthcoming price war

With that in mind, Hunt says it’s important to understand “what drives the perception of value” for shoppers. “For many it is instinctive, an evaluation of a product’s attributes: perhaps an emotional attachment to a particular brand, recent exposure to an advertisement, or seeking convenience,” he says. “Right now, safety is another important attribute.”

Andrea Rinetti, global sales director at TCC, also drives home the value message. “This is the time for retailers to consolidate their value proposition by driving the most effective mechanics. Integrated marketing campaigns are able to balance immediate sales impact with long-term brand benefits.

“An emotional connection is critical to true loyalty, resonating with shoppers in the areas of their lives that are most important to them in the present moment,” Rinetti adds.

For him, the worst-case scenario is that a relentless focus on EDLP leads to a destruction of value. “This is difficult to recover from over time, with very low or even negative ROIs, an inevitable erosion of profits, and ‘loyalty’ dynamics that are purely transactional rather than long term,” he says.

As coronavirus hikes costs, and Brexit looms on the horizon, such an erosion of profits is something any of the mults would do well to avoid.