CMA Which? pricing probe has no problem with shrinking packs 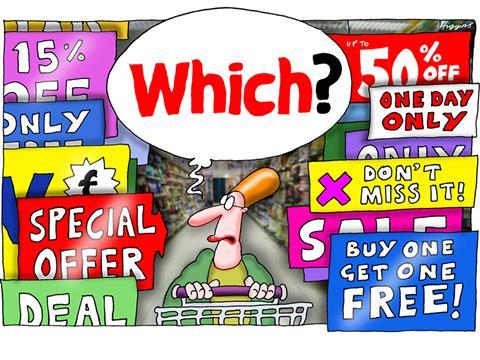 It’s been a tabloid mainstay for years, but this week the Competition & Markets Authority confirmed it had no objections to the so-called “grocery shrink ray”.

The competition watchdog gave its verdict on reducing pack sizes without any corresponding price change as part of its response to the super-complaint launched by Which? into supermarket pricing practices.

It found that pack size reductions do not stem exclusively from a desire to increase the price of a product, but frequently reflect a number of other considerations, including environmental and health factors alongside product innovation.

“Although consumers are likely to be less sensitive to pack size changes than price changes, we found that this practice was likely to be constrained both by the costs involved in re-sizing a product and by the risk of lost sales if consumers perceive poor value for money and switch away to another product,” it said. “Most significantly, we have concluded that the information that is currently being presented to consumers (ie the size of the product and its price) is sufficient when a pack size changes.”

While it has not called for further action, it did warn retailers and manufacturers against deliberate attempts to mask the size change by moving the information to the back of packs, and suggested retailers could do more to alert online shoppers to pack size changes for items saved in their favourites lists.

The CMA was also asked to investigate confusing and misleading special offers, unit pricing as well as whether price-matching schemes may falsely lead consumers to believe they have the best deal.

Overall, the CMA said misleading supermarket pricing practices were not widespread. On price-matching specifically, the CMA said “we have not found evidence that the current approach to price match schemes causes significant consumer harm”. However, it is introducing a series of measures to improve compliance, bring greater clarity to shoppers and simplify the regulations.

CMA project director George Lusty said the main areas that would require further action were around deals where the offer period was much longer than the established price, and in terms of providing clearer unit pricing.

In terms of the areas of concern identified by the CMA, Lusty said it “would continue to work with retailers on their approach to promotions that it doesn’t like and if they then don’t stop it will look to take more serious action.”