Marmite: Morrisons is first to put the price up 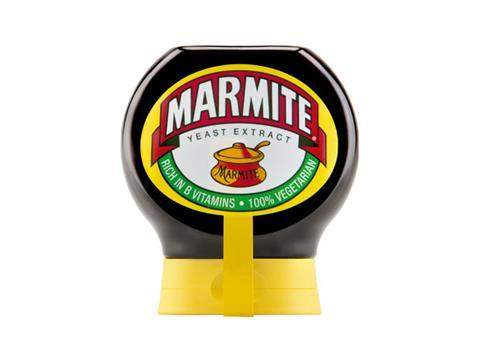 Morrisons has put the price of Marmite up by 12.5% - the first supermarket to do so since ‘Marmitegate’.

Morrisons jacked the price on 19 October, days after Unilever’s brief but high-profile trading dispute with Tesco lifted the lid on the Marmite owner’s battle for post-Brexit price increases. It takes the cost of a 250g pot of Marmite Original at Morrisons to £2.64, having been at a near-constant £2.35 price point for the past year. All four SKUs stocked by Morrisons went up by about 12% - more even than the 10% blanket price increase Unilever has sought to apply across its portfolio.

“Sometimes we have to increase prices as a result of costs rising - though we do our best to avoid this.”

In contrast Asda cut the price of Marmite to £2, Tesco and Waitrose have kept it locked at £2.35 and Sainsbury’s price of £2.50 has remained unchanged.

A Morrisons spokesman said: “Sometimes we have to increase prices as a result of costs rising - though we do our best to avoid this. More often than not we have been reducing prices. More than 3,000 products are currently cheaper in Morrisons than they were last year.”

But Marmite is not the only Unilever product to have seen price inflation at Morrisons. In the past two weeks, 92 of the 228 Unilever food SKUs stocked at Morrisons have increased in price, compared with price cuts on only 19 food lines, Brand View data suggests. The average food SKU has risen 9p (or 5.4%) to £1.77. Conversely, 93 non-food lines have fallen in price at Morrisons, with 83 rising. This has resulted in a 25p (or 7.1%) reduction in the average price to £3.12.

Morrisons is not alone in putting up prices on Unilever lines, however. Across food and non-food Tesco and Asda have both put prices up on 155 Unilever lines (versus 175 at Morrisons) - though Asda cut the price of 215 lines and Tesco 145.

A Tesco spokesman said: “The majority of these products have stayed the same price or got cheaper, and the differences largely relate to changes in promotional offers. We will continue to scrutinise any proposed increases from our suppliers to avoid any unjustified increases in price‎.

Since Brexit (on 23 June) price hikes on Unilever products have been more evenly applied across the major multiples, with Asda increasing the most (258 lines or 28% of its range) - though the 255 price rises in this period at Morrisons is higher proportionally at 47%. And at 62% the number of price hikes on Unilever food products at Morrisons was also far higher than any of its rivals.

The spokesman added: “Our own figures show a difference of just one between the amount of price cuts and increases on Unilever products since the EU referendum. The Grocer’s figures include items where promotional prices have reverted to the everyday price and this isn’t a price increase.”

A full list of items on the Morrisons website where a price increase has been applied ‎that does not relate to a price reverting to its everyday price can be viewed under Related Files.