The Co-op gets behind frozen with £5 fish meal deal 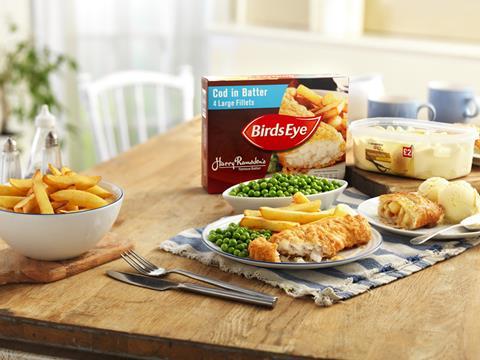 The Co-operative Group has become the latest major retailer to up its support for frozen food by launching a £5 frozen meal deal.

“The fish supper is a British favourite but can prove costly when you have a family,” said The Co-op Group commercial director Michael Fletcher. “The offer is a real catch with great quality products and really highlights the good value for money that The Co-op offers.”

The jointly funded offer will run until 26 May in 1,400 of The Co-op’s larger stores.

It comes as retailers are showing increased interest in frozen more generally. Last month, Iceland launched a ‘Power of Frozen’ push, and Sainsbury’s ran a Love Your Freezer campaign in January.

“These changing attitudes are influenced in part by a rise in premium NPD within the frozen industry, which has seen luxury products launch in almost every sector,” said Brian Young, director general of the British Frozen Food Federation.

“Additionally we’re seeing an increasing demand from consumers for a wider range of frozen store cupboard items such as chopped herbs or prepared exotic vegetables or rice dishes as they look for convenient but high-quality ingredients.”

Young added a “step change” in attitudes towards frozen food had been apparent over the past few years as retailers and consumers began to recognise the benefits and quality, as well as the range, available.