Asda back on top form with lowest price for 20 items 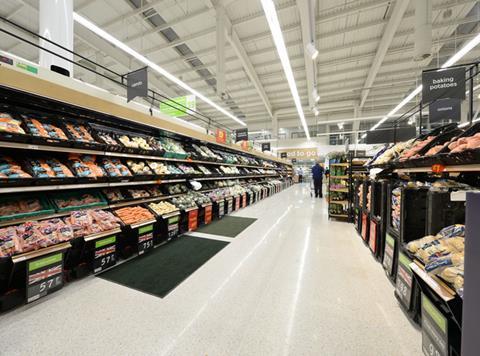 Asda returned to winning ways this week having lost out to Morrisons and Tesco in the last two Grocer 33 pricing surveys.

The win gives the Walmart-owned retailer a commanding early lead over its rivals with five victories in the first eight weeks of the current Grocer 33 year. As well as the single wins for Tesco and Morrisons, the only other winner so far has been guest retailer Iceland.

This week Asda’s £53.32 total meant it came in £2.46 cheaper than its planned merger partner Sainsbury’s, which took second spot.

Asda had the lowest price for 20 of the 33 items on our list, with 11 of these, including cocktail sausages, gala apples and frozen raspberries, exclusively cheaper than any of its rivals. It also had the most deals with 12 lines on promotion. However by meeting its pledge to be 10% cheaper than all the other retailers in the Grocer 33, it still had to provide our shopper with an Asda Price Guarantee voucher worth £3.03 to spend on her next shop.

Sainsbury’s runner-up spot had much to do with a deep discount on the Method laundry liquid. Normally £10 it had an offer price of just £6, which was in turn £2 cheaper than Asda and Morrisons, £3 cheaper than Tesco and £4.20 less than Waitrose.

Morrisons slipped from second to third place this week. Its £56.15 total was £2.83 more expensive than Asda. It offered the lowest price for eight lines with only the baby aubergines cheaper than any of its rivals.

A third of the products on our list were on offer at Tesco. However it still in came in almost a fiver more expensive than Asda at £58.03.

Waitrose was almost £10 more expensive than Asda at £62.72. It matched lowest price for three products and undercut all of its rivals on the Tsingtao beer and Vaseline lip balm.