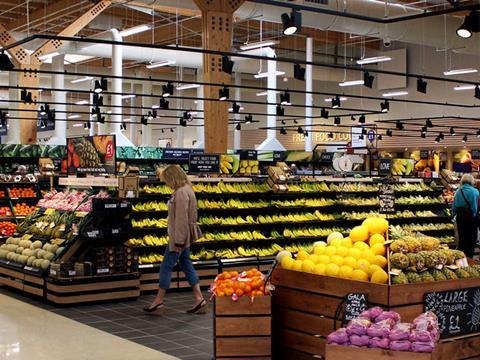 Tesco edged out Asda this week in one of the closest pricing battles of the year.

As we approach the halfway point of The Grocer 33 year this is only the fourth win for Tesco and its £54.84 total was just 2p cheaper than its Walmart-owned rival and came off the back of some big promotions. The win came despite Asda offering the lowest price for more items.

Asda carried the cheapest price for 22 items, nine exclusively so, while Tesco was cheapest on 14 lines and exclusively so on just three. These were the cantaloupe melon, the Frank Cooper’s marmalade and the Young’s Gastro basa fillets.

Morrisons came in third. At £57.94 it was £3.10 more expensive than Tesco. It had the cheapest price for seven products but only the Philadelphia was exclusively so.

Sainsbury’s was just over £4 more expensive than Tesco. It was the cheapest retailer for the runner beans but was hurt by higher prices for the Chambord and Cif, which when added together were £2.25 more than Tesco charged.

This week Waitrose managed to be exclusively cheapest for three lines - the Betty Crocker cake mix, Birds Eye petits pois and the Ella’s Kitchen Melty Puffs. It was also the only retailer for whom basket inflation was down versus last year. However the retailer was consistently more expensive across the board and came out £9.63 more expensive than Tesco at £64.47.

There were just three deals on the products on our shopping list at Waitrose. This, along with Sainsbury’s, was the joint-lowest number of offers - Asda had five promos while one third of our list was on deal at both Tesco and Morrisons.