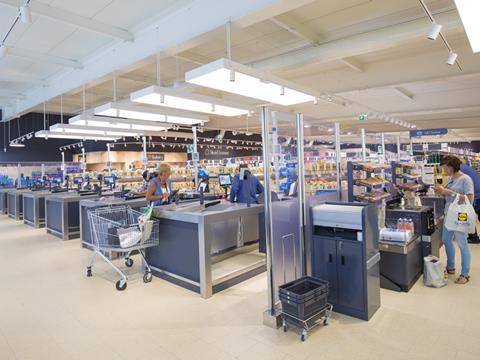 Guest retailer Lidl kept up its unbeaten record in the Grocer 33 pricing survey, but only just.

Asda has been closing the gap in each of Lidl’s recent appearances. Lidl was 8.8% cheaper than Asda in September while the difference in June was 9.8%.

Lidl offered the lowest price for 19 items with 15 of these exclusively cheapest. However nine of these were by 5p or less. Indeed four, the baby aubergine, Bertolli spread, Heinz spaghetti and table salt, were just a penny cheaper.

There were signs Lidl was struggling to keep a lid on inflation, more so than its traditional supermarket rivals.

Lidl was charging 1.5% more for the 33 items on our shopping list than a year ago. Tesco was charging 0.5% more than last year while Waitrose prices crept up 0.1%.

By contrast, Asda was actually 1.5% cheaper than last year, Morrisons 0.5% cheaper and Sainsbury’s also in deflationary territory at -0.1%.

In September, it was only Asda that got remotely close to Lidl, but all the retailers, with the exception of Sainsbury’s, closed the gap significantly this time out.

Morrisons came in third this week at £43.91, making Lidl 9% cheaper. As to Tesco’s shop it was £4.69 more expensive than the discounter at £44.65. In September, Lidl was 18.9% cheaper than the UK’s biggest supermarket, but the gap was reduced to just 10.5% this week - and no Exclusively by Tesco lines were included in our shop.