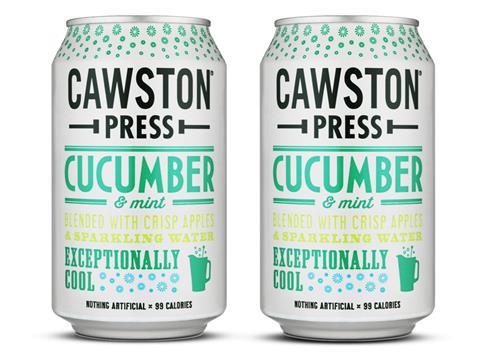 Why: Pop for grown-ups is getting increasingly fashionable. Last year, Brits splashed out an extra £10m on fizzy drinks for adults by brands such as Cawston Press, growing the category’s value to £98.1m [Kantar Worldpanel 52 w/e 3 January 2016]. This sparkling combination of cucumber, apples and mint offers a “quintessentially British” option, according to the brand. Launched in April, it joins a range that includes Cloudy Apple, Rhubarb, Ginger Beer, Gooseberry and Elderflower Lemonade variants.

Consumer verdict: More than 80% of our testers thought the product was new and different, with some commenting on the “clean, crisp” packaging. But there were reservations about cucumber being the main flavour - and there was a regional difference in opinion, with the North considering the drink to be “refreshing and thirst quenching”, while the South took the opposite view. Over 40% of consumers said the drink was not for them.