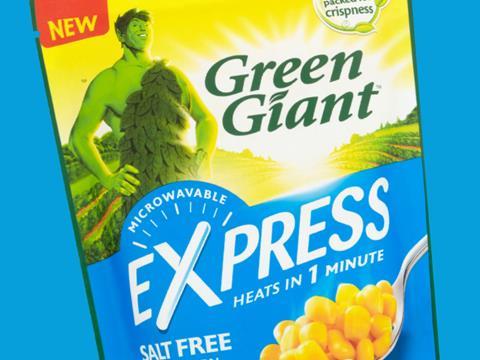 Why: Brand owner General Mills has promised to deliver “the same crisp flavour of Green Giant canned sweetcorn” with this microwave pouch version that it claims is a first to market. Launched last November, it is available in two variants - Original and Salt Free - in a 205g pouch that serves two portions. “We are confident it will widen the brand’s appeal to new consumers,” said General Mills at the time of launch.

Consumer verdict: This sweetcorn attracted a good level of pre-trial interest. Testers felt it delivered the quality they would have expected from the more traditional canned product, and many praised the “fresh, sweet buttery” taste and “juicy, succulent” textures. Offering convenience and versatility, and with the only downside a slight price premium over tinned corn, sales potential was high and more than 50% of testers claimed they would buy it regularly. It was viewed as better than the competition and achieved an overall score just two points off the current category maximum.