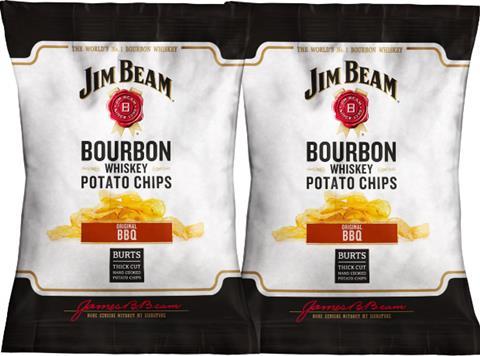 Consumer verdict: The bold, white packaging, with strong Jim Beam branding, was considered “eye-catching” by many of our shoppers, with pre-trial interest strongest among bourbon drinkers. While the crisps received the maximum mark for innovation, they still proved divisive. They were best received by younger adults in the north, where praise included “tasty”, “not greasy” and “good quality”. Critics disliked the “expensive” price, “poorer quality” and perceived lack of bourbon flavour.