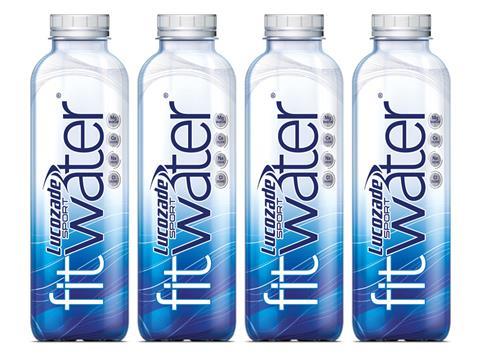 Why: Bottled water is buoyant. Brits downed an extra 103.6 million litres over the past year, leading to an 8% rise in the category’s take-home value to more than £510m [Kantar Worldpanel 52 w/e 5 November 2017]. More active lifestyles and concerns about sugar have seen shoppers, especially younger ones, eschew soda in favour of water - while demand for functional water led to the launch of FitWater. It contains magnesium, calcium, sodium and chloride “to help consumers replenish what they lose in sweat”.

Consumer verdict: The tall bottle and white-and-blue design, backed by the Lucozade Sport brand, stood out for our consumers. The on-pack information about the electrolytes and functions they perform was well received - though many shoppers were at first unsure about the water itself. Interest increased upon testing, with praise for the “smooth taste” and “no aftertaste”. It was “great for runners” said supporters, while critics claimed FitWater “doesn’t quench your thirst”.Nevertheless, its overall score was two points above the category norm.