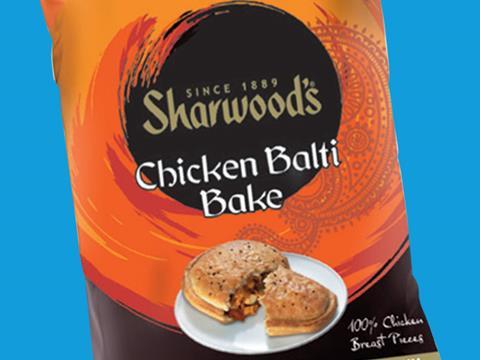 Why: Peter’s Food Service - producer of Peter’s Pies - launched the Sharwood’s-branded pastry bakes after last year securing its first licensing deal with Premier Foods. The 150g bakes are made from puff pastry in a teardrop shape sprinkled with cumin seeds to reflect a naan bread. They come in four flavours that can be eaten hot or cold: Chicken Tikka Masala, Chicken Madras, Chicken Korma, and the Chicken Balti tested here.

Consumer verdict: There was a good level of pre-trial interest, with many considering this a novel and convenient light meal or midweek snack. Although a few testers suggested the bake was “too processed” and lacked filling, there was general acceptance and positive comments about the quality of the pastry and tasty filling. Regarded as innovative and relevant, three-quarters of the group felt it offered something new to the fixture, and nearly two-thirds believed it was better than the competition. More than 20% of testers said they would consider purchasing regularly, though 15% maintained it was not for them.