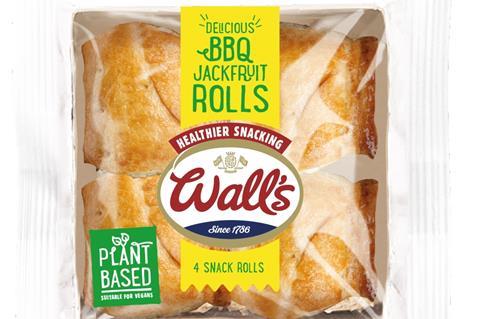 Why: Greggs’ smash hit vegan sausage roll has sparked a tidal wave of NPD. This latest offering, which hit shelves in September alongside a more traditional vegan roll, marked the first foray into vegan snacks for Wall’s. The rolls themselves are filled with pulled jackfruit and a hickory-flavoured barbecue sauce, and can be eaten cold or served after warming in the oven. Per 100g they contain 291 calories, 6.7g satfat and 34.4g carbs.

Consumer verdict: Almost three quarters of shoppers said the rolls were “an exciting idea”. However, fewer were impressed after sampling. One shopper deemed it “bland and boring”. Some noted the pastry was “soggy” and that there was “too much pastry”. Those who rated the product higher said they liked the texture and the flavour of the filling, while one said it was a “really good alternative to meat”. Nineteen per cent of shoppers said they would only buy the rolls on special offer, and 53% said it wasn’t for them.