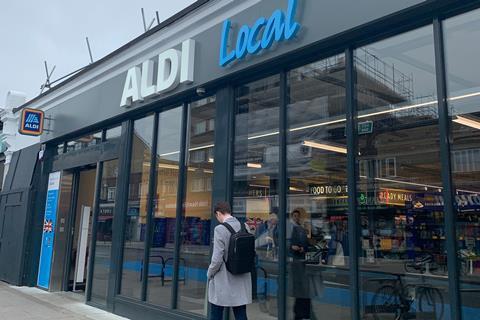 Investment in retail property has fallen to the lowest level since 2014, according to new figures seen by The Grocer.

Figures compiled by Barbour ABI and AMA Research showed that - across all types of retail - contracts awarded for new stores and refurbishments had fallen to an average of £76.9m a month in October.

The figures revealed a long downward trend for grocers in particular, with the average monthly value of contracts being awarded for new and refurbished stores falling to £33m. This compared with £37m in 2018 and £39m in 2017.

It amounts to the lowest figure since 2013 and represents a fifth consecutive yearly fall.

However, the figures showed that without activity from food retailers Aldi and Lidl, the situation facing the retail property market would have been much worse.

Of 413 projects in the pipeline for 2020 across all retail, the research showed more than 50.1% of the projects were for Aldi or Lidl stores.

In stark contrast, activity from the big four supermarket retailers accounted for just 6.1% of projects lined up for next year, amid a decline in high street sales.

“Sadly it’s hard to see where the situation facing the high street will bottom out,” said Tom Hall, chief economist at Barbour ABI and AMA Research.

“The long-term trend is of companies moving away from the high street and we are seeing a huge amount of extra store capacity.

He added: “The retail sector has seen a steady decline in contract awards over the last five years and has only been propped up by out-of-town developments by the discounters.

“The increasing popularity of Aldi and Lidl does not seem to be waning, with 207 projects planned for 2020 and a further 17 projects so far already in the pipeline for 2021-2023.”