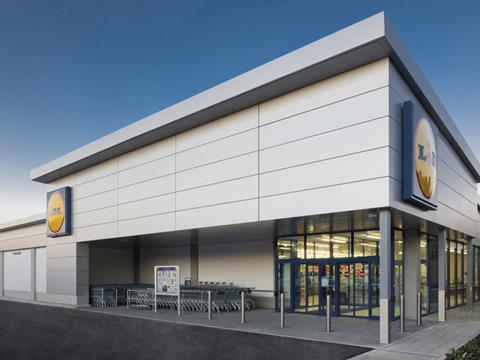 Discounters Aldi and Lidl submitted more than three times as many planning applications in the past year as the ‘big four’ supermarkets put together, according to figures released today.

Results from industry analysts Barbour ABI show Lidl led the battle for new space in 2017, with 68 planning applications for new stores, followed closely by Aldi with 60.

However, in contrast there were just 20 planning applications from Tesco (eight), Sainsbury’s (seven), Morrisons (four) and Asda (one), during the period.

Barbour said property cost issues and an excess of floor space in larger stores had seen the discounters continue to outpace their rivals in expansion.

It said the applications were predominantly for smaller convenience stores, looking to satisfy demand and tap into the growing common consumer habit of more frequent trips to local, convenient stores. The majority of the few plans for larger stores came with extra units for other retailers, cafés, petrol stations and leisure opportunities.

However, even Aldi and Lidl scaled back in 2017, compared with previous years. In 2015, the pair submitted a combined 205 planning applications for new stores.

The discounters also face greater competition from the Co-op, which last week vowed to open 100 new convenience stores and to revamp a further 150 in 2018, having opened 100 stores in 2017.

“The discount retailers continue to dominate the supermarket space race even if they’re not as active as 2015, which saw them commit to rapid expansion,” said Barbour ABI lead economist Michael Dall.

“Their appetite for investment matches their highly ambitious growth plans as they continue to challenge the established order in the supermarket sector.”