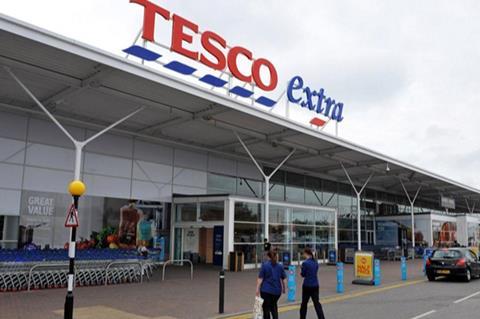 Tesco paid back £585m last year, including £60m to the Scottish government

An extension of the business rates holiday in Scotland will be application-based to avoid major supermarkets automatically receiving it.

The three-month extension, taking the relief to 30 June, was announced yesterday in the Scottish Budget.

With no mention of an exclusion for supermarkets, the prospect had been raised of retailers who refunded business rates relief for the current financial year again receiving an automatic holiday for the extension period.

However, a Scottish government spokeswoman told The Grocer: “To ensure the relief only goes to those businesses who require it, we plan to make the retail, hospitality, leisure and aviation non-domestic rates relief application-based in 2021-22.” The change is to be set out in secondary legislation.

In December a string of supermarkets refunded £2bn to UK and devolved governments for the business rates holiday during the current financial year to 31 March. Tesco, the first supermarket to do so, paid back £585m, including £60m to the Scottish government.

No extension to the business rates holiday beyond 31 March has yet been announced by UK government.

The Scottish government also said yesterday that, should Chancellor Rishi Sunak extend the relief in England in the forthcoming budget, it would use any money it received to go further.

Boost for business - rates relief for retail, hospitality, leisure extended for 3 months and if UK deliver an extension in England we will use any money scotland gets to go further, and business rates reduced to help survive the pandemic

“If the end of the pandemic is indeed in sight, it has never been more important than now to ensure that viable businesses are supported adequately during these final months,” he said.

“The Chancellor has to avoid a cliff-edge through withdrawing reliefs too early but he also cannot risk repeating the mistakes of the past where support was arbitrary rather than targeted to those most in need.”