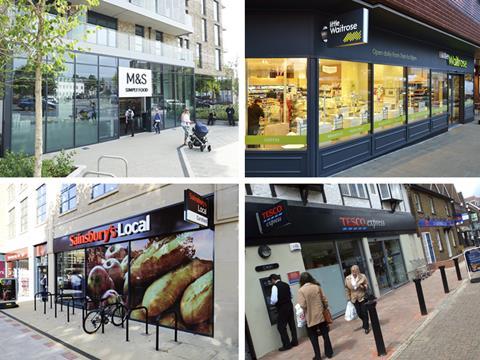 New research claims there are just a few hundred sites in the UK left for c-store expansion that fit the economic criteria of the major retailers.

According to the figures compiled for The Grocer by Maximise UK, there are 1,532 sites across the UK that have not yet been snapped up by one of the multiples, and are capable of generating sales of more than £40,000 a week.

However the research also claims as many as 80% of those are below 1,500 sq ft, making them too small for traditional c-store models operated by the supermarkets.

Maximise founder David Haywood, a veteran of the Safeway-Morrisons deal and the Co-op’s acquisition of Somerfield, studied more than 34,000 sites, to find retail sites not already occupied by the multiples, and with a “solid demand base”.

He said the findings made it clear why Tesco had launched its £3.9bn merger plans with wholesale giant Booker.

“Multiples generally need to target locations that will deliver sales in excess of £40k per week,” said Haywood. “To achieve this a solid demand base combined with a favourable competitive trading environment is required. The statistics show the growth market that was there for the multiples is now pretty much gone.”

The research shows Tesco, Sainsbury’s, M&S and Waitrose have all expanded their c-store numbers by at least 100% from 2009 to 2017, with Tesco Express, for example, more than doubling to 1,753 in that period. However, while Sainsbury’s has been trialling a model substantially smaller than 1,500 ft, with the launch of a 753 sq ft store in Richmond last March, unless retailers like it rapidly expanded the growth of micro stores, they were running out of options other than to buy up the competition, said Haywood.

“It makes for a very logical argument and strategic sense for why Tesco wants to merge with Booker. Many independents are working from strong catchments supported by compact residential demand. This means that due to a lack of available retail space you are protected from competitor new build.

“If this convenience model is financially viable it can provide the opportunity to grow and defend against the rise of the discounters.”