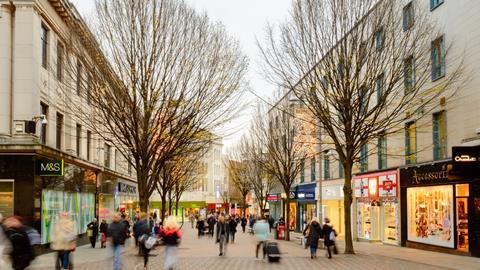 What’s in the government’s code of practice for landlords and business tenants?

The government last week published its new ‘code of practice’ for landlords and retailers, while extending protections for tenants for another three months.

It’s a crucial moment for everyone in the retail environment that has struggled to deal with the fallout of Covid-19. So what does it really mean, and will the guidelines have any teeth?

What are the protections for tenants?

This is the non-negotiable bit. Under the extension of protection, landlords are now banned from evicting commercials tenants over non-rent payment, as well as issuing winding-up petitions and statutory demands, until 30 September.

Is the code equally non-negotiable?

Not exactly. The code is voluntary and sets out possible new lease arrangements to be agreed by both parties. Even before its publication, some critics questioned how it could hope to fix the looming crisis in unpaid rent. They argued for a grant scheme to make up the shortfall, rather than new guidance.

However, new arrangements described in the code match what retailers have been pushing for in negotiations. And although the code is advisory only, lawyers argue the courts may ultimately wring out compliance. “Recent court decisions about injunctions to restrain winding-up petitions indicate the courts will have regard for government guidance,” says Ben Barrison, partner at Forsters. “They may well look very dimly on parties who disregard the code.”

The government has also said it will “explore options to make it mandatory if necessary”. The main elements of the code are:

Retailers had already been pushing for rent to be based on turnover well before the pandemic struck, but “the valuers and investment surveyors can’t get their heads around it”, David Legat, partner at agents Frank Knight, recently told The Grocer. The code suggests they may have to try harder.

The code says reductions in rent payment should be adjusted to a current market rate, and parties should consider allowing “all or part of the rent to be paid as a proportion of turnover of the site”. The terms should incorporate any period during which the site was closed, it adds.

The willingness of retailers to share sensitive financial information with landlords has been highlighted during the pandemic by agents Colliers as a possible impediment to arriving at turnover-linked agreements.

The code goes some way towards addressing this by saying tenants wanting concessions should be “prepared to be transparent” and provide “financial information about their business”.

Meanwhile, landlords seeking to refuse concessions should prove an explanation that “clearly takes into account the information provided by the tenant”.

“Both parties will want to consider how to protect commercially sensitive information as part of this process,” it adds.

Retailers are also pushing for rent payments to be monthly instead of quarterly. Poundland told The Grocer this week it intended to get its entire estate on monthly in arrears.

The code says landlords should consider “the payment of the rents over shorter payment periods for a set time (e.g. monthly rather than quarterly) including provision for their payment in arrears”.

A point of major contention during the crisis has been the question of who bears the burden of unpaid rent. Landlords have accused some “well capitalised” retailers of exploiting protections to take a “rent holiday”, while the British Property Federation has called for solutions that “share the pain equally”.

The code suggests “tenants and landlords agreeing to split the cost of the rent for the unoccupied period between them”.

Here’s another source of contention in lockdown. As M&S announced its full-year results in May, CEO Steve Rowe said the retailer was pushing back against the “hidden” cost of shopping centre service charges as part of talks over “onerous leases”.

Retailers that closed in lockdown have stopped paying the charges, and shopping centres themselves have shut as a result, forcing some essential retail tenants to also close.

The code points out the charges are “not profit-making” and unless otherwise agreed should be paid in full to keep centres insured and maintained.

But it also says they should be reduced where lack of use has lowered the costs. Management fees should only “reflect the actual work carried out in managing the services and the service charge during the Covid-19 crisis”.

Savings should be passed on to tenants as soon as possible and, as with rent, consideration should be given to moving to payments covering shorter periods.

“It seems fair that the code asks landlords to take a hard look at their service charge bills at a time when buildings are being used minimally,” says Scott Goldstein, partner at Payne Hicks Beach.

On the other hand, the code also says there may be circumstances where landlords need to charge more thanks to “health and safety requirements in the context of Covid-19, or recommissioning where buildings are reopened”.

The code also highlights additional costs to retailers that landlords should take into account when renegotiating rent. These include restricted trading due to social distancing and the costs of those social distancing measures.

As well as any period of closure, landlords should also consider the tenant’s ability to trade via other means.

If that is a doubled-edged sword for retailers who may have traded well online in lockdown, there is another for those who have accessed government support: landlords should also consider this, as well as how it has been used.

Landlords are also able to take into account “the tenant’s previous track record under its lease terms and any concessions to the tenant already agreed”.

So can it help?

Here’s the crucial question: can the code help achieve agreement between parties who have so far failed to do so themselves? BRC CEO Helen Dickinson was clear in her response that it “does not provide a solution for those retailers who are simply unable to pay what is being demanded”.

From a landlord perspective, although the extended protections tie their hands for longer, the code at least provides more clarity over obligations in the meantime.

From a retail perspective, it’s a potentially helpful addendum to those much-needed protections but should not distract from the need for a grant scheme.

“The ongoing pandemic presents an enormous threat to the survival of thousands of retailers, and the millions of jobs they support,” said Dickinson. “The necessary closure of most shops during lockdown has created a gaping hole in many retailers’ finances. A solution is needed.”

What else is in the code?