Smirnoff and Kopparberg spin-offs lose out in range shake-ups 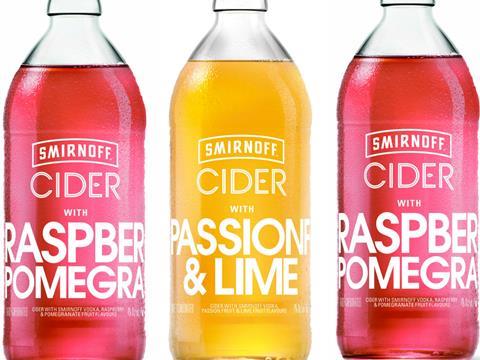 Smirnoff Cider has completely disappeared from Tesco and Waitrose

Spin-off cider brands have suffered a mass of delistings in the mults.

Smirnoff Cider, which the vodka giant launched in 2016, has completely disappeared from the shelves of Tesco and Waitrose over past weeks, and its presence has been significantly reduced in Asda and Morrisons, exclusive data reveals.

Indeed, the total number of Smirnoff Cider SKUs in the mults has dropped from 17 to six since March [Edge by Ascential 52 w/e 13 May 2019]. Its owner Diageo did not comment.

Kopparberg’s Crafted Warning canned cider suffered a similar fate, and looks to have been delisted in Asda, Morrisons and Waitrose.

Kopparberg head of marketing Rob Salvesen said: “The craft category grew from the insight that shoppers were looking to trial new and interesting beers and ciders from around the world.

“This model, whilst profitable in the short term, is not sustainable in the long term as shoppers avoid remaining loyal to one brand.

“Many retailers have used range change windows to keep their ranges new and fresh and as a result, the Crafted Warning brand has­ been affected.”