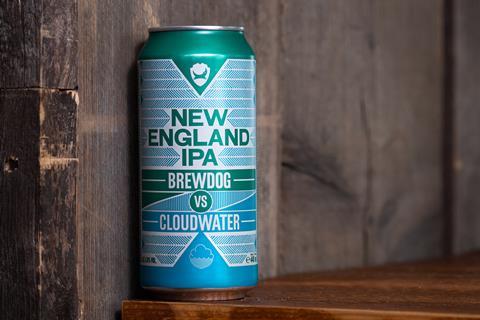 Tesco is revamping its craft beer range for the second time in just three months, introducing a swathe of new experimental brews.

The retailer, which introduced a raft of new craft beers largely in 440ml cans in May, has given its shelves a shake-up.

Confirmed new brews include a collaborative New England IPA by BrewDog and cult Manchester brewery Cloudwater - the first time Cloudwater’s beers will have been sold in a mainstream supermarket. There is also a selection of stouts from the likes of Magic Rock, London Beer Factory and Wild Card Brewery, which has contributed a raspberry chocolate donut stout. Hang Loose, a 7% abv West Coast IPA from Magic Rock and Vocation Brewery, has also gained space.

Announcing the update on his Instagram account, Tesco beer buyer Dom Hill said: “April’s range brought a lot of new beer to the masses but there were two areas where people felt we hadn’t gone far enough. The first was stout, the second was West Coast IPAs.”

It is not clear whether any of the craft beer brands which debuted in Tesco with the previous range update have been delisted to make space for new entrants.