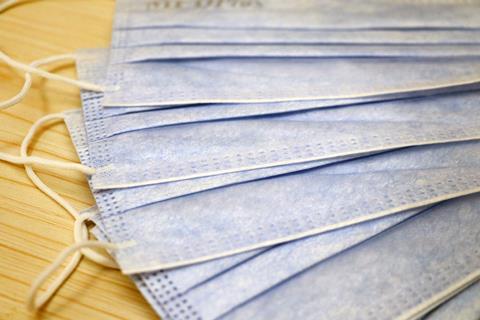 UK supermarkets are putting in plans to begin selling face masks, amid growing speculation they will be recommended for mass public use as part of the government’s plans to lift the coronavirus lockdown.

However, The Grocer understands retailers are holding back from launching the products, amid fears they will be seen to be diverting masks away from the NHS, amid continued controversy over shortages of PPE.

A source at one supermarket told The Grocer it was hoping to start selling masks but would not act until it was sure there would be no negative impact on frontline health worker supplies.

“Selling masks is certainly something we are looking at,” said the source. “But we won’t do anything that prejudices the NHS.

“If the government changes the guidance then obviously people are going to be looking to get masks and getting them from the supermarket is the logical place. But we are hypersensitive to the issues facing key health workers.”

Supermarkets in France have already faced such a backlash for starting to sell masks this week, whilst there are still reports of PPE shortages in hospitals.

BRC director of food Andrew Opie said retailers also faced major sourcing issues if they were to begin selling masks to the public.

“As the next phase of the economy opens up there is going to be huge demand for masks,” he said. “Retailers are also trying to be careful not to source masks that may take supplies away from the NHS.”

Opie said supermarkets and convenience stores had also raised fears with ministers about the impact of face masks on age-restriction enforcements in stores, such as Challenge 25.

“As more people begin wearing masks it is going to make it very difficult for staff enforcing these policies,” he said. “There are definite security worries that need to be looked at.”

Meanwhile, Tesco said it had sent extra supplies of masks to its staff in Scotland, following Nicola Sturgeon’s recommendation they should be worn in enclosed environments like shops.

The Grocer reported last week that the wearing of masks by supermarket staff looks set to become common practice, after most of the UK’s grocers announced plans to provide the PPE to their store workers, despite current advice from the WHO and PHE saying they are not necessary.